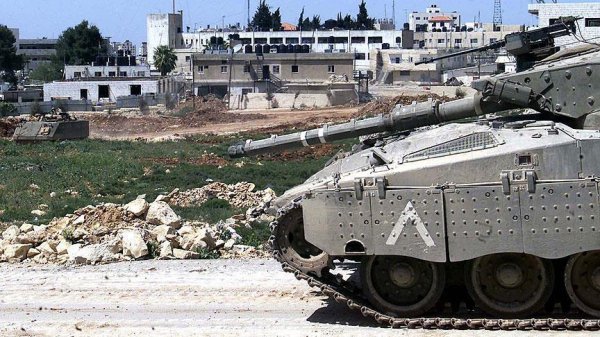 JERUSALEM – Israeli forces fired at alleged Hamas targets in the blockaded Gaza Strip on Sunday, according to the Israeli military.

“Army-owned tanks hit a military base of Hamas in the southern side of the Gaza Strip,” the statement by the Israeli Army said.

According to the statement the Israeli attack came shortly after a rocket was reportedly fired from the Gaza Strip into Israel’s southern city of Ashkelon.

The Israeli army said the rocket fell into a free field, causing no injuries or loss of life.

The rocket attack with which the Israeli army justifies its attack, was not claimed by any Palestinian group from the Gaza Strip so far.

Home to nearly two million Palestinians, the Gaza Strip has been reeling under a crippling Israeli blockade since 2007.

In mid-2014, Israel waged a devastating 51-day military onslaught on the Gaza Strip in which more than 2,300 Palestinians were killed and tens of thousands injured.

According to Israeli figures, 68 Israeli soldiers and five Israeli civilians were killed in the conflict, while another 2,522 Israelis — including 740 soldiers — were injured.