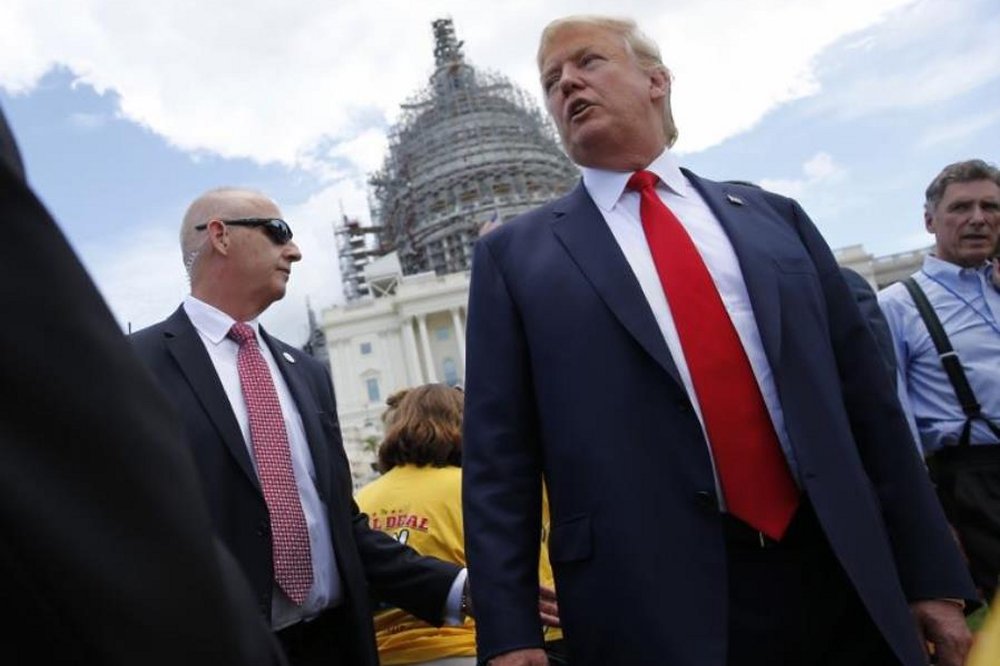 US President Donald Trump is planning to abandon the Iran nuclear deal shortly, according to US media reports.

If he fails to certify the accord, Congress will decide whether to re-impose economic sanctions on Iran. Mr Trump has until 15 October to decide.

Opposition to the deal was a major part of his campaign last year.

Posing for photographers with military leaders on Thursday, he said this was “the calm before the storm” but refused to give further details.

There was speculation his comments might refer to heightened tensions with North Korea, but the New York Times says “people who have been briefed on the matter” believe he means Iran.

Mr Trump was seen at the White House with his wife Melania, as well as military leaders, after Thursday’s meetings but before dinner together. Gesturing at the people around him, he asked the waiting press if they knew “what this represents”.

“Maybe it’s the calm before the storm,” he said.

When reporters pressed him on what storm he was referring to, he would only say: “You’ll find out.”

He had earlier told his top defence officials he expected them to provide “a broad range of military options… at a much faster pace” in future.

US media say the president will announce next Thursday that he will not be certifying the deal on the grounds it does not serve US security interests.

But some of his top advisers, such as Defence Secretary James Mattis, appear to back the deal.

The presidency must certify the deal every 90 days; Mr Trump has already done so twice.

If he rejected it this time, Congress would have 60 days to decide whether to re-impose sanctions on Iran. US media reports suggest they are likely to leave the deal in place.

“That is why we must put an end to Iran’s continued aggression and nuclear ambitions. You will be hearing about Iran very shortly.”

But he suggested it might be salvageable if the other partners – France, Germany, China, Russia and the UK – remained on board. If not, he said, the deal will “definitely fall apart”.

Russian Foreign Minister Sergei Lavrov said he hoped “the final decision reached by the US president will be balanced and will be based on the present-day realities”, reported Interfax news agency.