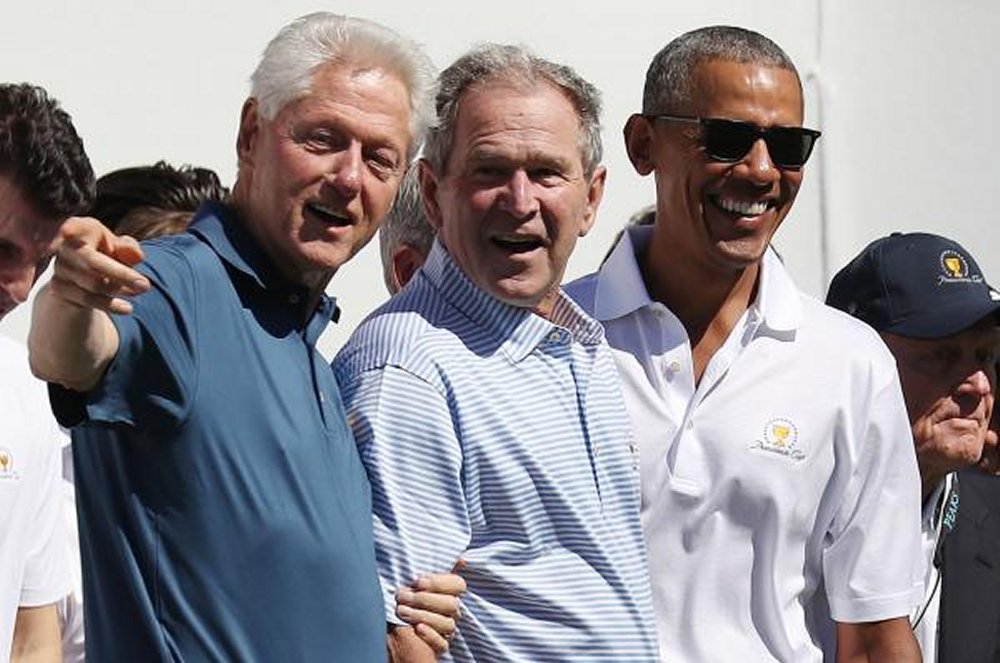 All five living former presidents will headline a concert on the campus of Texas A&M University this month to raise money for hurricane relief.

The concert, which is being organized by former President George H.W. Bush’s presidential library and foundation, was first planned to benefit victims of Hurricane Harvey, which brought record flooding to Houston and other parts of Texas. Since then, it has grown to include victims of Hurricane Irma in Florida and Hurricane Maria, which devastated Puerto Rico and the U.S. Virgin Islands.

Former presidents Jimmy Carter, the elder Bush, Bill Clinton, George W. Bush and Barack Obama will all be in attendance. The event is called the “One America Appeal.”

The Oct. 21 concert, which includes country music stars Lyle Lovett, Alabama, the Gatlin Brothers and Stephanie Quayle, will be held at Reed Arena, on the A&M campus. The university is also home to the elder Bush’s presidential library.

“The 43rd President and I, and our distinguished colleagues in this ‘One America Appeal,’ are very grateful to these wonderful performers — some of them old friends, some of them new — for giving their time and talent to help the urgent cause of hurricane recovery in Texas, Florida and the Caribbean,” the elder Bush said in a statement. “It’s important that those affected by these devastating storms know that, even if the path to recovery feels like a road that goes on forever, we’re with them for the long haul.”

NBC News reported the White House has not said whether President Donald Trump, who has visited each of the regions affected by the storms, was invited to attend, or he if plans to go.