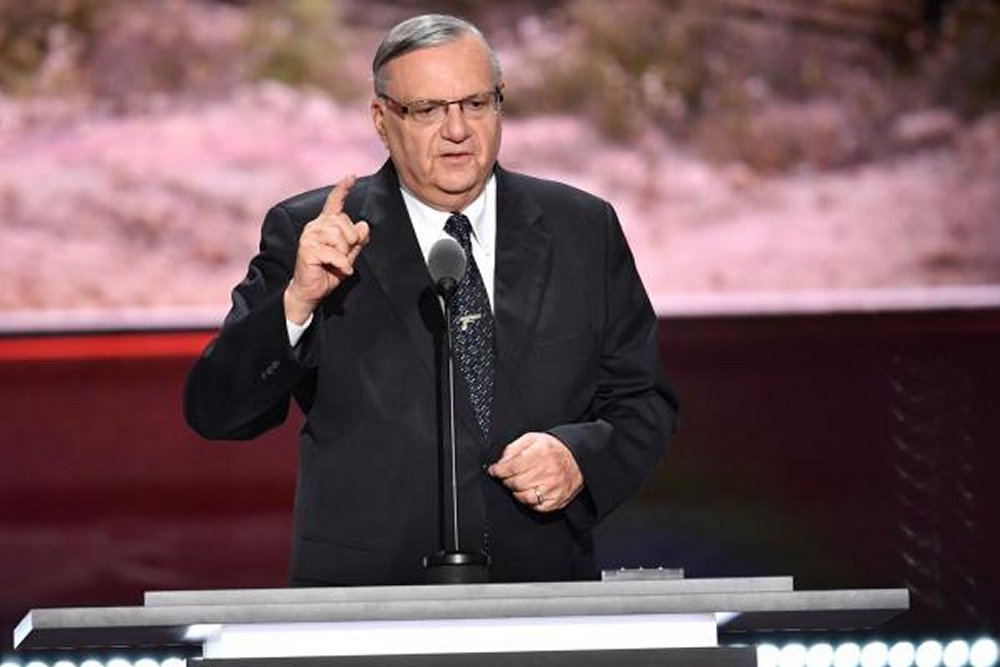 U.S. District Judge Susan Bolton dismissed the case against the pardon with prejudice, meaning the plaintiffs cannot refile. Arpaio had been found guilty of criminal contempt in a court case involving his part in racial profiling of Latino immigrants in Maricopa County, Ariz. But Trump issued a pardon for the 85-year-old ex-sheriff last month.

Bolton dismissed the case challenging the pardon, despite the fact she was the judge who originally found Arpaio guilty of criminal contempt after refusing to obey another judge’s orders to stop racially profiling Latinos in Maricopa County. In a 14-page ruling, Bolton reiterated her reasons for finding Arpaio guilty, but said she found no legal grounds to deny the presidential pardon.

Arpaio did not attend the Wednesday hearing, but commented on the ruling to the Arizona Republic.

“I’m happy the conviction was dismissed, especially since I am not guilty and I will be addressing that issue in the near future,” he said.

After Trump’s pardon of Arpaio in August, the ACLU criticized the move, calling it a “presidential endorsement of racism” before filing its lawsuit.

“With his pardon of Arpaio, Trump has chosen lawlessness over justice, division over unity, hurt over healing,” said ACLU Deputy Legal Director Cecillia Wang. “Once again, the president has acted in support of illegal, failed immigration enforcement practices that target people of color and have been struck down by the courts.”

“The pardon here is an intentional usurpation of the Court’s authority by the President,” the letter stated. “President Trump does not pretend that his pardon of the Defendant is based upon the considerations of grace that usually justify the exercise of the pardon power.”