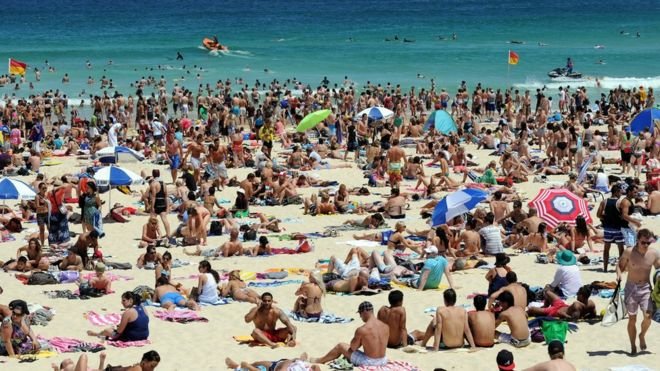 Australia’s two biggest cities could swelter through 50C days within a few decades, a study has found.

Sydney and Melbourne are likely to endure such summers even if global warming is contained to the Paris accord limit of a 2C rise above pre-industrial levels, scientists said.

Limiting warming to below that would make 50C days less likely, they said.

The study examined only forecasts for Victoria and New South Wales, but researchers said the rest of Australia could also expect rises.

“One of the hottest years on record globally – in 2015 – could be an average year by 2025,” said lead researcher Dr Sophie Lewis from the Australian National University.

Australia’s most recent summer broke 205 weather records while its winter was the warmest on record, according to the nation’s independent Climate Council.

Last month, Australians were warned to prepare for a dangerous bushfire season in 2017-18.

‘Get real President Trump’: Australia’s message for US