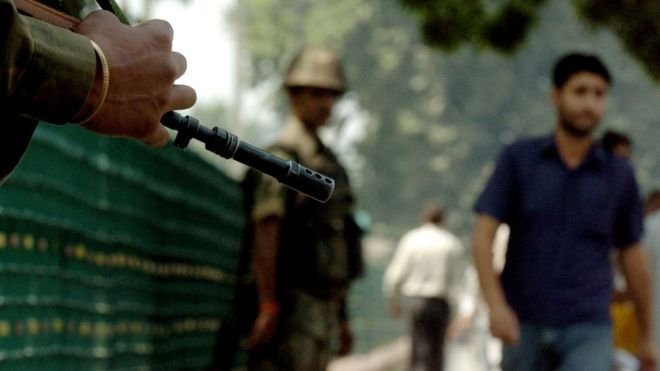 Three Border Security Force (BSF) soldiers were injured and two attackers died, according to the police.

The camp is located just outside the international airport in Srinagar – a heavily fortified area.

Flight operations, which were suspended on Tuesday morning, have resumed. Roads leading to the airport, which were sealed off earlier, have also reopened.

Eyewitnesses said there were at least three armed attackers.

“The militants stormed the camp and got holed up in the administration block. At least one militant is still in the officers’ mess,” an army officer told BBC Urdu.

The attackers’ identities have not been confirmed by officials. But the Islamist group, Jaish-e-Mohammad, has said it carried out the attack.

Muslim-majority Kashmir is claimed in its entirety by both India and Pakistan, but the two countries control different parts of it.

There has been an armed revolt in the region against rule by India since 1989. Kashmir has seen a fresh wave of unrest following popular militant leader Burhan Wani’s death in July 2016.

Although the violence appears to be waning, the latest attack has caused alarm across India’s security agencies, says BBC Urdu’s Riyaz Masroor.

A suspected militant attack killed three people in Tral last month, while an Indian policeman was lynched in Srinagar in June.

India blames Pakistan for fuelling this unrest, an allegation Islamabad has denied.

Two of the three wars fought between the two nations have been centred on Kashmir.

Related Topics:AsiaKashmirSrinagarSuicide attackers in Srinagar
Up Next

Six dead in suicide attack near Shiite mosque in Kabul