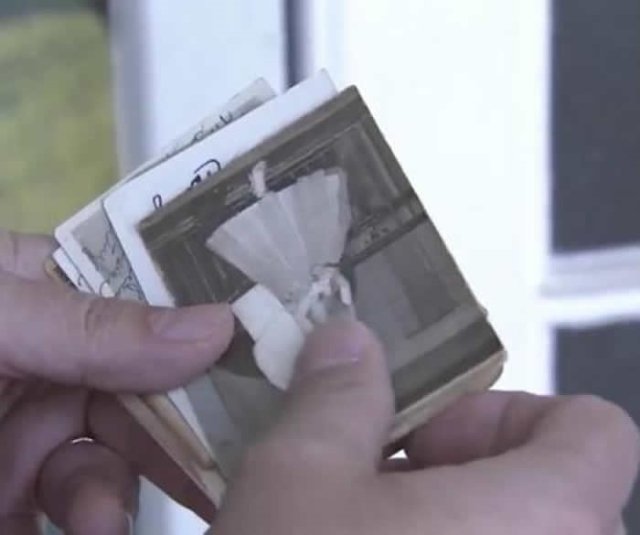 A New Jersey man was reunited with his wallet nearly 50 years after it was stolen during a burglary at his parents’ house.

Dennis Helmer, 78, of Westmont, received a call recently from Don Williams, who told him a wallet containing documents with his name was found in the ceiling of his Bellmawr home by a contractor.

The wallet’s contents included Helmer’s 1957 Selective Service card, a St. Christopher Medal, a 1956 receipt for his $168 tuition payment to Drexel University and photos including a snapshot of Helmer posing with his Camden Catholic High School prom date.

Helmer said the wallet was apparently stolen during a burglary at his parents’ home in 1970. He said he never knew it was missing until Williams called him.

He said the St. Christopher medal was a gift from his grandmother that has now been transferred to his current wallet.

“She said to always have it with me,” Helmer told Philly.com.

UAE to build $132mn mock ‘Martian City’ in the desert