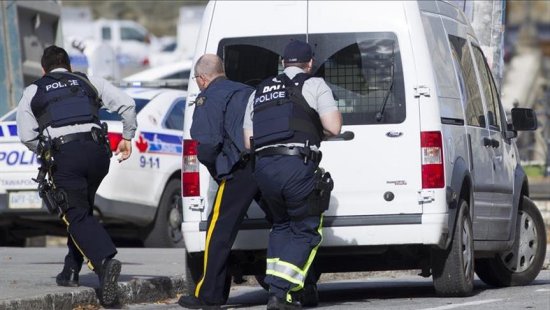 TRENTON, Ont – Canada’s public safety minister said Sunday the suspect apprehended following a terrorist attack in which a police officer was stabbed in Edmonton was known to authorities.

Royal Canadian Mounted Police (RCMP) assistant commissioner Marlin Degrand confirmed at a press conference Sunday afternoon that the suspect has been on the RCMP radar since a complaint was filed in 2015 that the accused may have been radicalized.

Degrand said he is a 30-year-old Somali national who was in the process of making a refugee claim in Canada.

Edmonton Police Chief Rod Knecht said terrorism charges are pending against the suspect and five charges of attempted murder are also expected to be laid.

He allegedly stabbed a police officer several times outside a football stadium in Edmonton, abandoned the vehicle used in that attack and fled in a U-Haul van, police said.

He allegedly ran down four pedestrians with the van and was finally apprehended early Sunday morning after the vehicle flipped onto its side following a wild police chase through city streets. Police found a Daesh flag in the car used in the earlier attack.

The injured police officer was treated at the hospital for non-life threatening injuries but the condition of those hit by the vehicle has not been released.

“To the best of our knowledge, this was a ‘lone wolf’ attack,” he said. “The assailant was brought into custody and is being interviewed, as we speak, by police.”

Members of Edmonton’s Muslim community were dismayed at the attacks.

“To the Edmonton community at large, I would like to tell them that we stand together and unite against hate,” said Edmonton human rights activist Ahmed Abdikadir. “And let’s solve this problem collectively, rather than pointing fingers at each other.”

Latam, Canada FMs urge UN to get involved in Venezuela