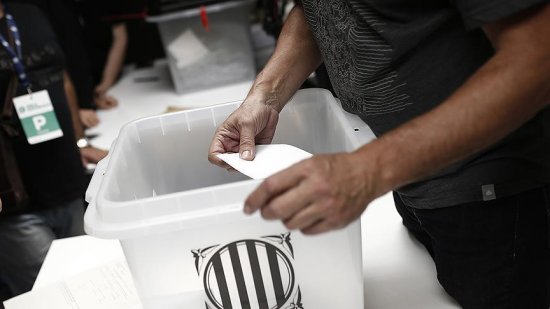 BARCELONA – Carles Puigdemont, president of Catalonia, said Sunday night the northeastern region of Spain has “won the right” to be recognized as a state, declaring independence from Spain.

The Catalan leader added that after relaying the official results to the Parliament in upcoming days, he wants to stick to the independence game plan, which means a unilateral declaration of independence within two days.

Spanish Prime Minister Mariano Rajoy also made a televised address after the vote came to an end Sunday evening, passing blame for the violent imagery being spread around the world, on the Catalan leaders who decided to hold the vote.

“Today there was not a self-determination referendum in Catalonia… instead it was one more episode of a strategy against democratic harmony and legality,” said Rajoy. “Those responsible are only and exclusively those who promoted the violation of the law… don’t look for more guilty parties, there aren’t any.”

In today’s vote, illegal in the eyes of Spanish law, 844 people were injured due to police action, according to Catalan health services. Dozens of Spanish police officers were also injured during the vote, which was summoned by the pro-separatist Catalan government, despite Madrid’s demands.

“We did what we had to do,” said Rajoy on Sunday.

Puigdemont, on the other hand, highlighted police repression saying: “today millions came out, spoke loudly and clearly and we have a right to decide our future, in peace and without violence.”

While the ballots have all been counted at the controversial and irregular vote, no official results have been revealed. At the Official Language School Drassanes, a voting center in Barcelona, organizers did announce statistics. And from the 1,317 votes counted, 88 percent voted in favor of an independent Catalan Republic.

According to the Catalan government, of the 2,315 voting centers planned to be open for today’s vote, 319 were unexpectedly closed, mostly through police force. Technological difficulties also plagued the day for the voting centers.