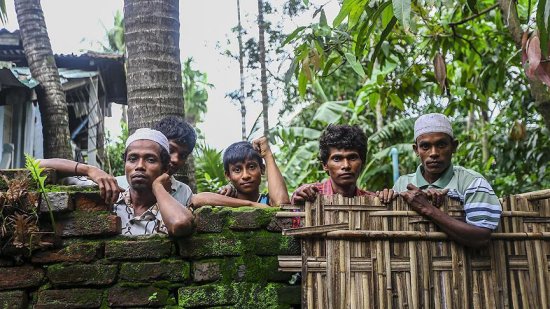 The United Nations has denied allegations that the global body’s resident coordinator in Myanmar had a role in the ethnic cleansing carried out against the Rohingya Muslim community.

Lok-Dessallien is a “tireless advocate for human rights, conflict prevention, and humanitarian and development assistance” in Rakhine State where the Rohingyas live, according to the statement.

The BBC cited “sources within the UN and the aid community both in Myanmar and outside” as saying that Lok-Dessallien tried to stop human rights activists travelling to Rohingya areas, attempted to shut down public advocacy on the subject, and isolated staff who tried to warn that ethnic cleansing might be on the way.

“Multiple sources in Myanmar’s aid community have told the BBC that at high-level UN meetings in Myanmar any question of asking the Burmese authorities to respect the Rohingyas’ human rights became almost impossible,” the story said.

It quoted Lok-Dessallien’s former head of office Caroline Vandenabeele as saying that raising the Rohingyas’ problems in high-profile UN meetings in Myanmar had “negative consequences”, such as no longer being invited to meetings or even being taken off jobs.

“An atmosphere was created that talking about these issues was simply not on,” Vandenabeele told the BBC’s Jonah Fisher.

The UN Security Council on Thursday held an open meeting on the Rohingyas’ plight — the first such meeting in eight years.

During the meeting, U.S. envoy to the UN, Nikki Haley said the violence against the Rohingyas appeared to be an ethnic cleansing.

“We cannot be afraid to call the actions of the Burmese authorities what they appear to be: a brutal, sustained campaign to cleanse the country of an ethnic minority,” Haley told the Security Council.

At least 4 migrants die as boat capsizes in Black Sea