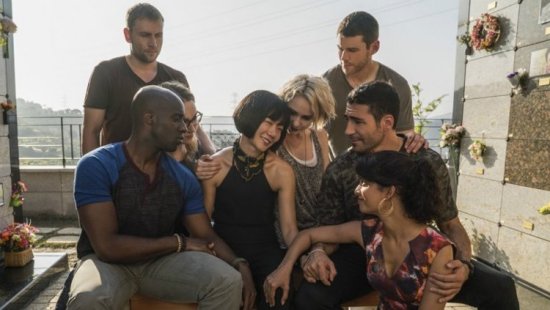 Miguel Angel Silvestre (Lito) shared a photo of the script of the “Sense8” special on his Instagram last Tuesday. He’s raring to get started with filming the show’s final run.

Silvestre’s script has “Berlin, Brussel, Paris and Naples” written down on the cover page and these are allegedly the filming locations. According to Entertainment Weekly, the stories on “Sense8” have not taken in Brussels and Naples before, so these are new sites. It remains to be seen what will go down in these places.

Wachowski and long-time show writers David Mitchell and Aleksander Hemon wrote the “Sense8” special script. Show co-creator J. Michael Straczynski wasn’t credited as a writer this time around because he signed on for other commitments following the cancellation of “Sense8” last June. But he confirmed on Twitter that he will still executive produce the special.

Followers of the series got upset when Netflix announced that the show won’t return for season 3. “Sense8” season 2’s ending had a few cliffhangers and cutting the show meant that these stories won’t be resolved.

Viewers from all over the world petitioned Netflix to renew the series or at least allow a proper closure after its cancellation. As a result, Netflix gave “Sense8” a chance to wrap up the show with a two-hour special.

“Sense8” appealed internationally because it featured a racially and ethnically diverse group of actors whose characters also represented people from all walks of life. “Sense8” also embraced LGBTQ communities. But Netflix said that despite the show’s unique appeal the bottom line was that it became too expensive for the platform to maintain given that filming took place all over the world.

Netflix has not yet announced when the “Sense8” special will run on the streaming site but it will be sometime in 2018.