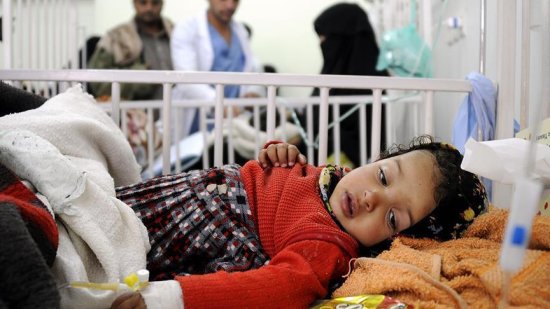 The humanitarian situation in Yemen is a “catastrophe” and cholera cases there could reach a million by year-end, the International Committee of the Red Cross (ICRC) said on Friday.

Alexandre Faite, head of the ICRC delegation in Yemen, said that the warring sides were using disproportionate force, causing “very excessive” civilian casualties. He called on them to allow Sanaa airport to open to commercial flights for aid supplies.

Faite, saying there had been 750,000 suspected cases of cholera to date, with 2,119 deaths, told a Geneva news briefing: “We could be to one million (cases) by the end of the year.”