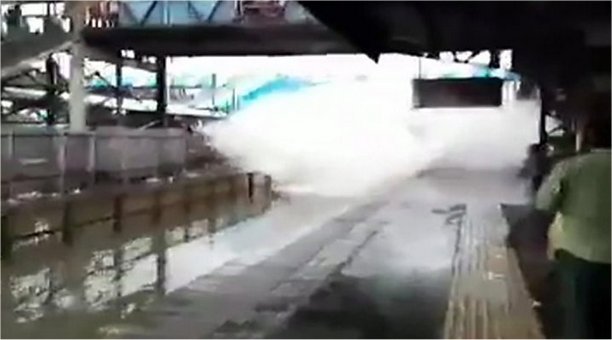 A stampede at a Mumbai railway station has left 15 people dead and injured about 20, Indian officials say.

The incident at Elphinstone station, which connects two of the city’s major local lines, was triggered by overcrowding and heavy rain, they added.

The injured have been taken to a nearby hospital and senior railway officials are at the scene.

The stampede was on a footbridge leading to the station.

Railway spokesman Anil Saxena told reporters the bridge had been busy as a huge crowd of passengers who had been taking shelter from heavy rains tried to leave the station all at the same time.

Mr Saxena added that they would conduct an inquiry into the incident.

Six dead in suicide attack near Shiite mosque in Kabul