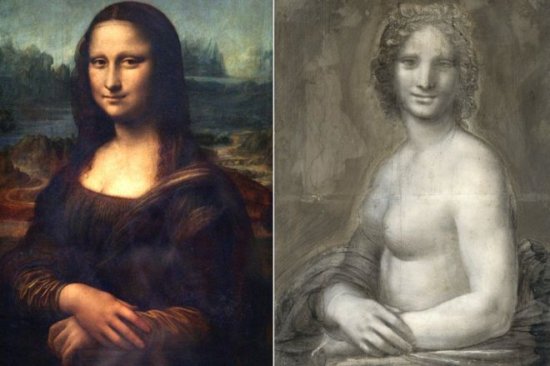 A charcoal drawing housed in another art collection for more than 150 years may have been a sketch for the Mona Lisa, a French art expert says.

The charcoal portrait of a nude woman, known as the Monna Vanna, was previously attributed only to Leonardo da Vinci’s studio.

But experts have found enough clues to suggest the artist worked on both.

After tests at the Louvre Museum in Paris, curators believe the sketch is “at least in part” by Leonardo.

It has been held since 1862 in the collection of Renaissance art at the Conde Museum at the Palace of Chantilly, north of the French capital.

Leonardo da Vinci (1452-1519) was one of the great painters of the Italian Renaissance, and his Mona Lisa oil painting (also known as La Gioconda) remains one of the world’s most recognisable and valuable works of art.

It is believed to have been a commission from cloth merchant and Florentine official Francesco del Giocondo for a portrait of his wife, Lisa Gherardini.

“The drawing has a quality in the way the face and hands are rendered that is truly remarkable,” curator Mathieu Deldicque told AFP news agency.

“It is not a pale copy. We are looking at something which was worked on in parallel with the Mona Lisa at the end of Leonardo’s life.

“It is almost certainly a preparatory work for an oil painting.”

Louvre conservation expert Bruno Mottin confirmed it dated from Leonardo’s lifetime, at the start of the 16th Century, and was of a “very high quality”.

The Chantilly Estate posted a photo of the work being done on the sketch.

Among clues proffered by Mr Deldicque:

However, Mr Mottin pointed out that hatching on the top of the drawing near the head had been done by a right-handed person while Leonardo drew with his left hand.

“We must remain prudent,” he told AFP, as work continued.

“It is job that is going to take some time,” he said. “It is a very difficult drawing to work on because it is particularly fragile.”