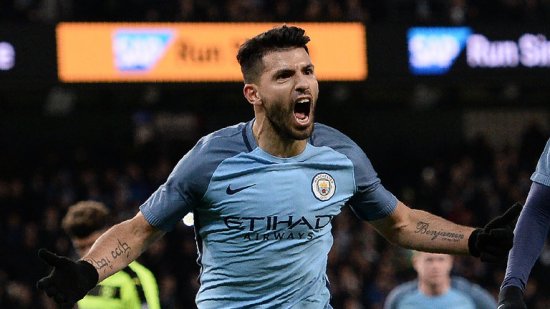 Manchester City’s Argentine striker Sergio Aguero “sustained injuries” in a car crash in the Netherlands and is returning to Britain to be checked ahead of the weekend’s Premier League fixtures, the club said Friday.

“Sergio Aguero will be assessed by club doctors today after being involved in a road accident on Thursday. The City forward was in Holland on his day off and has sustained injuries,” said the statement.

The prolific 29-year-old will return to Manchester Friday morning and will be assessed ahead of City’s Premier League clash at Chelsea on Saturday.

Amsterdam police spokesman Frans Zuiderhoek told AFP that officers attended an accident in the city at around 11:00pm (2100 GMT) on Thursday after “a taxi-cab hit a lamp-post”.

He could not confirm the identities of the two passengers and the driver, who all asked to remain anonymous.

“No other vehicles were involved,” he told AFP early Friday, adding three people in the taxi have been transferred to hospital for observation but there were no bad injuries.”

The accident occurred on De Boelelaan street, said Zuiderhoek, not far from the Arena A where Colombian singer Maluma performed Thursday.

The Argentina striker, who has scored 128 goals in 187 games for the English club, on Thursday posted a picture of himself with the singer on his official Instagram page.

Related Topics:Man CityManchester CitySport
Up Next