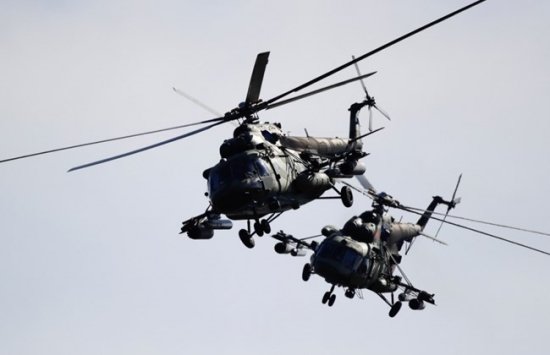 Libyan military strongman Khalifa Haftar asked Europe for helicopters and drones to fight rampant migration on the southern border of the war-wracked country.

The request came after the commander, who backs a Tobruk-based administration that controls much of the east and south of Libya, travelled to Rome and Paris to bolster his stature as a key player in international efforts to stabilise the country.

“When it comes to controlling the southern border, my forces can supply the personnel but you Europeans must send help: drones, helicopters, night vision and vehicles,” Haftar said in an interview published Friday in Italian newspaper Corriere della Sera.

Former colonial power Italy has been the strongest backer among Western allies for the U.N.-recognised Government of National Unity, which is based in Tripoli and sees Haftar as an arch foe.

The unity government has struggled to establish its authority beyond the capital in a country scarred by conflict since the 2011 NATO-backed overthrow of late dictator Moammar Gadhafi.

Amid the chaos, Libya has become a launchpad for hundreds of thousands of migrants trying to reach Europe and a base for militants aligned with Daesh (ISIS).

“I have presented a plan based on the principle that Libya is not the arrival point but only a corridor for migrants who want to get to Europe,” Haftar said in the interview.

Of the United Nations arms embargo imposed on Libya since 2011, Haftar said “all European countries interested in stopping migration should revoke it”.

He also said that Italian Defense Minister Roberta Pinotti had “already accepted a training program for our soldiers in Italy”.

But Pinotti told a parliamentary committee on Thursday that Italy did not take sides in the dispute between the rival governments.

“We want a united and peaceful Libya and we are ready to work with all those who intend to intend to work peacefully for the unity of the country”, she said.