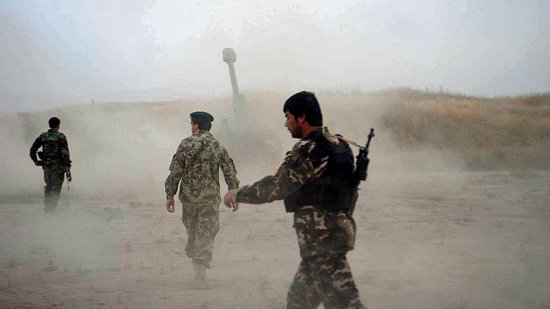 The arsenal of the fighters was also destroyed in the third such attack in the province bordering Pakistan’s Federally Administered Tribal Areas in the past four days. Earlier on Monday, eight suspected pro-Daesh fighters were killed in Nazian district in the same province while on Sunday five others were killed in a similar drone attack again in Haska Maina district.

Also on Wednesday, 15 more suspected militants were killed in a U.S. airstrike on an alleged Taliban compound in Paktia, according to provincial governor spokesman Abdullah Hasrat.

Hasrat said the strike took place in the mountainous Janikhail district, which is located less than 100 miles (161 kilometers) from capital Kabul. The district had briefly fallen to the Taliban over a month back before the Afghan armed forces were eventually able to recapture it.

In another deadly incident on Wednesday, 12 Afghan security forces, including police personnel and members of Afghan intelligence agency NDS were killed in a Taliban-claimed suicide car bombing in southern Kandahar province’s Maruf district.

Related Topics:AsiaUS airstrikes in Afghanistan
Up Next

N.Korean businesses in China will stop under new UN sanctions