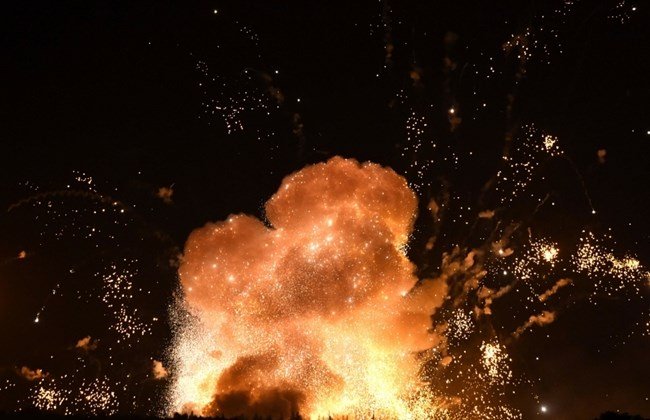 Ammunition losses linked to explosions at two large Ukrainian military depots this year represent the biggest blow to Ukraine’s combat capability since the start of a conflict with pro-Russian separatists in 2014, a security chief said Thursday.

“The country has suffered the biggest blow to our fighting capacity since the start of the war,” the secretary of the Ukrainian Security and Defence Council, Oleksandr Turchynov, told journalists.

Massive explosions at a military depot in Vynnytsya region, 270 kilometres west of Kiev, forced the authorities to evacuate 24,000 people on Wednesday. Another depot was destroyed in March.

Related Topics:EuropeUkraine depot explosions
Up Next