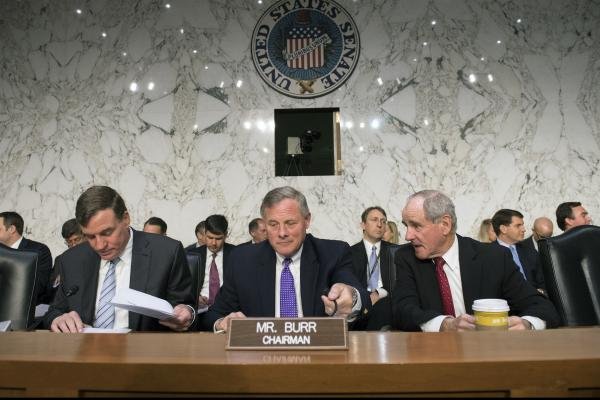 Executives from Twitter are set to appear before the House and Senate intelligence committees on Thursday to answer questions about Russian election meddling.

In a closed meeting, the panel may also ask if Twitter took any steps to curtail propaganda, and whether automated Twitter accounts were used to improve the Google rankings of false news items, Politico reported Thursday.

Facebook executives were questioned Wednesday over that social media platform’s role in the campaign.

Facebook is preparing to hand over 3,000 advertisements related to Russian targeting of voters to special counsel Robert Mueller’s office.

Facebook, Twitter and Google were invited to open hearings before Congress in November on the investigation of Russia’s role in the election.

An unidentified former senior U.S. intelligence officer told Politico that Russian use of Twitter was similar to methods identified by intelligence agencies in which Russian hackers interfered with the election.

A Twitter representative said the company was complying with congressional investigators.

Rep. Adam Schiff, D-Calif., the House committee’s ranking Democrat, said he would like to know exactly what the company has done to uncover Russian activity.

“Trump says Facebook is against him. Liberals say we helped Trump. Both sides are upset about ideas and content they don’t like. That’s what running a platform for all ideas looks like,” Zuckerberg said.

Trump administration proposes refugee cap of 45,000 in report to Congress