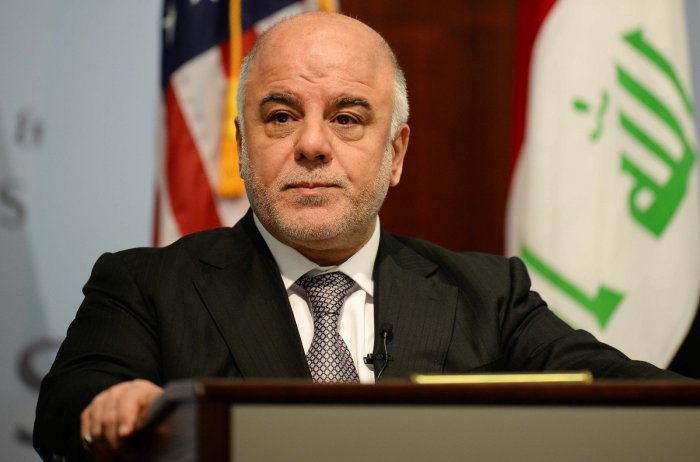 Iraqi Prime Minister Haider al-Abadi has refused to deploy the military to the country’s Kurdish region in response to the recent independence referendum.

Abadi’s comments came after calls by some in Iraq’s parliament on Thursday to deploy troops to the northern, Kurdish-dominated area.

“We are not looking for military confrontation,” Abadi told pariliament. “We will impose our federal authority all over Iraq, including the Kurdistan region, as per the power of the constitution and law.”

The non-binding referendum in the three provinces of Iraqi Kurdistan and some disputed areas was held in defiance of Baghdad, which declared it illegal, and despite international objections.

Abadi said he will counter the Iraqi Kurds with surprise and that actions are louder than words.

“Some people have threatened us in this region and some have resorted to force to impose a status quo in these regions,” he said.

The central Iraqi government is applying pressure on the Kurds by implementing the imminent suspension of all foreign flights to and from the Iraqi Kurdish capital Erbil.

The move to take effect on Friday by the Baghdad government marks the first major step taken in retaliation for Monday’s vote, which delivered a resounding 92.7 percent “yes” to independence.

An extended suspension of flights would have significant consequences for the Kurds, who have turned Erbil into a regional transport hub that is home to a large international community.

Turkey, also home to a large Kurdish minority, is especially concerned and has threatened a series of measures to isolate the Iraqi Kurds. Iran has also raised objections.

Turkish President Recep Tayyip Erdogan said on Thursdy Iraq’s Kurdish region has “thrown itself into the fire” by holding the referendum.

Erdogan called on Masoud Barzani, leader of Iraq’s Kurdish administration, to be content with the region’s current semi-autonomous status, enjoy its oil revenues, and not drag it into an “adventure that is bound to end in chagrin”.

Erbil airport director Talar Faiq Salih told AFP news agency all international flights to and from the city would stop from 6pm (1500GMT) on Friday following a decision by the Iraqi cabinet.

A civil aviation official in Baghdad said the measure applied to the airports in Erbil and the region’s second-largest city Sulaimaniyah. Baghdad has demanded control of the airports be handed over to central authorities.

A decision on whether to also suspend domestic flights would be made after Friday, the official said.

Salih said she deeply regretted the decision, which she said would hamper the campaign against Islamic State of Iraq and the Levant in the country and neighbouring Syria, as well as the delivery of aid to those displaced by military operations against the armed group.

All foreign flights to Iraq Kurd capital to end Friday