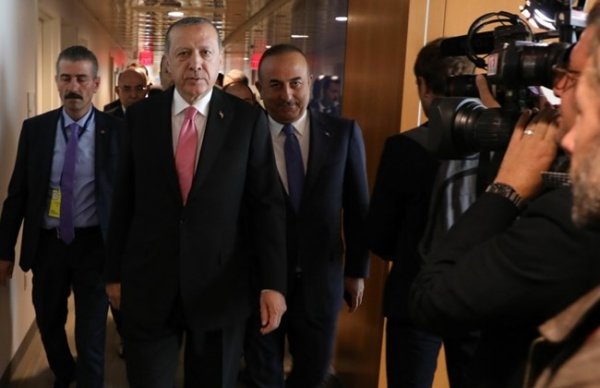 Turkey plans to increase defense spending by $2.2 billion under a new draft law, the finance minister said Wednesday, as Ankara aims to modernise its military and increase its power.

The law, submitted to parliament Wednesday, comes as Turkish troops carry out joint exercises with Iraqi counterparts near the border with northern Iraq. Iraqi Kurds voted this week to back a referendum on independence. President Tayyip Erdogan responded by saying Ankara would consider military measures.

Under the proposed law, Turkey will allocate an additional 8 billion lira ($2.2 billion) of existing tax revenues towards the defence industry, Finance Minister Naci Agbal said at a presentation in Ankara, where the government announced an annual update to its medium-term economic programme.

“It is a priority to increase the deterrent power of the Turkish Armed Forces, to meet the need for modernisation urgently and to meet the costs of domestic and foreign security operations,” Agbal said.

Turkey, which is fighting a three-decade insurgency in its largely Kurdish southeast, fears that the Iraqi referendum would inflame separatist tension at home. The military has also been active in Syria. Last year, Turkey-backed rebels swept Daesh (ISIS) from the border with Syria.

The government will also increase the financial sector’s corporate tax rate by 2 percentage points to 22 percent and raise the motor vehicle tax on passenger cars by 40 percent, Agbal said.

Such measures will add 27 billion to 28 billion lira to revenue next year, he said. Government stimulus measures this year have cost around 11 billion lira.

While Ankara is trying to boost economic growth through stimulus, and keep spending in check, some analysts said the higher taxes may undermine its attempts to bolster the economy.

“It is inevitable that the upward revision in tax rates, with the aim of boosting public revenues, will have a limiting impact on the reviving economy,” said Orhan Okmen of JCR Eurasia Rating.