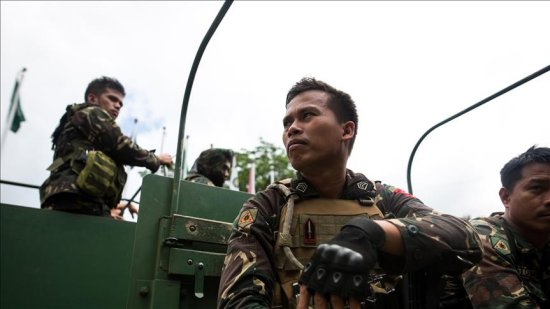 ZAMBOANGA CITY – Child fighters as young as 10 were groomed by pro-Daesh terrorists on videos depicting torture and killing, a former hostage in Marawi City has told local media.

Teacher Lordvin Acopio was captured by the Maute group when it launched its attack on the city in May and forced to serve as a medic to wounded terrorists.

During his period in captivity he told broadcaster GMA News that he saw a number of children aged between 10 and 17 fighting for the Maute group, sometimes alongside siblings and fathers.

“They occasionally watched videos of people having their throats slit and being torched by terrorists,” he said in an interview on Tuesday.

“I was their past-time… watching Daesh-circulated videos.”

Acopio was freed by government troops on Sept. 16.

He said he witnessed at least 17 children fighting with the Maute group and Abu Sayyaf, both of which have pledged allegiance to Daesh.

“They were more determined,” he said. “They wanted to prove themselves.”

Small pockets of terrorists are still holding out in Marawi, the capital of Lanao del Sur province, after trying to seize the city on May 23.

US airstrikes kill ’20 militants’ in Afghanistan