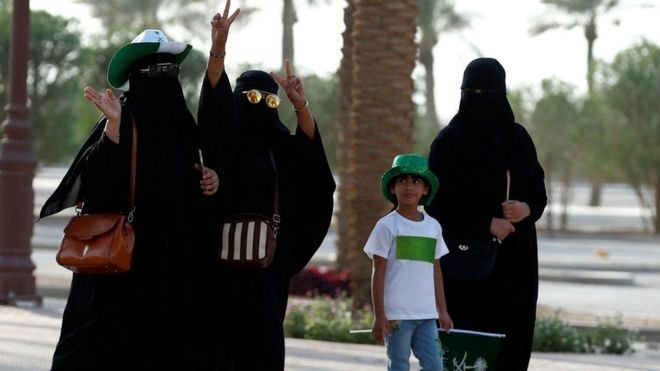 Government ministries are to prepare reports within 30 days and the order will be implemented by June 2018, the Saudi Press Agency reported.

Saudi Arabia is the only country in the world to forbid women from driving.

Rights groups have campaigned for years to allow women in Saudi Arabia to drive, and some women have been imprisoned for defying the rule.

“The royal decree will implement the provisions of traffic regulations, including the issuance of driving licences for men and women alike,” the Saudi Press Agency (SPA) said.

The move was welcomed by the US state department, which called it “a great step in the right direction”.

Saudi activist Loujain al-Hathloul, who was detained for 73 days in 2017 for flouting the ban, tweeted “thank God” following the announcement.

Manal al-Sharif, an organiser of the Women2Drive campaign who has also been imprisoned for driving, said on Twitter that Saudi Arabia would “never be the same again”.

Activist Sahar Nassif in Jeddah told the BBC she was “very, very excited – jumping up and down and laughing”.

“I’m going to buy my dream car, a convertible Mustang, and it’s going to be black and yellow,” she said.

Only men are allowed driving licences in Saudi Arabia and women who drive in public risk being arrested and fined.

Because of the law, many families have had to employ private drivers to help transport female relatives.

Saudi law enforces a strict form of Sunni Islam known as Wahhabism and is known for its gender segregation rules.

Women have to adhere to strict dress codes, must not associate with unrelated men, and if they want to travel, work or access healthcare they must be accompanied by – or receive written permission from – a male guardian.

The Islamic kingdom recently faced a backlash from conservatives on social media after allowing women to participate in Saturday’s National Day celebrations for the first time.

The festivities included fireworks, light shows and a concert in King Fahd International Stadium in the capital, Riyadh.