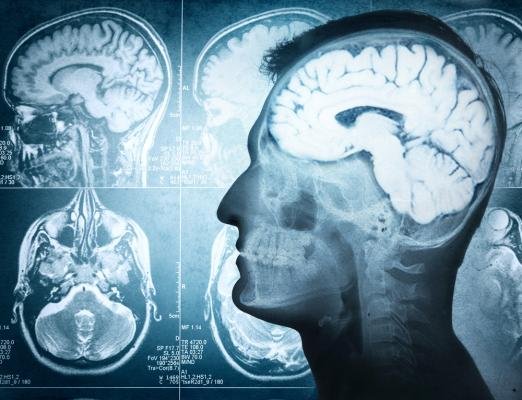 By stimulating a nerve that stretches from the abdomen to the brain, French researchers have restored a significant measure of consciousness to a brain-damaged 35-year-old car accident victim who had spent 15 years in a vegetative state.

This case may change conventional thinking about vegetative states. Currently, it is generally believed that if someone is in a vegetative state for more than a year, it’s irreversible, the study authors noted.

After implanting a nerve stimulator into the patient’s chest, investigators spent a month stimulating the vagus nerve. This nerve is a key pathway in brain-body circuitry. It plays a central role in a number of essential functions, including waking and alertness.

The patient went from what had been a vegetative state to a substantially more responsive “minimally conscious” state, she said. Sirigu is a neuroscientist and director of the Institute of Cognitive Sciences in Lyon, France.

Sirigu noted that “after VNS, the patient could respond to simple orders that were impossible before.” For example, he was able to follow an object with his gaze or turn his head when asked.

Post-stimulation, the patient was also newly able to “sustain attention,” said Sirigu. For example, for the first time in 15 years, the patient could actually stay awake while being read to or react with surprise when presented with a “threat,” such as when someone suddenly approached his bed.

What’s more, brain scans revealed that VNS sparked a notable increase in a particular type of brain rhythm activity, called the “theta EEG signal,” in those regions of the brain long-linked to the control of movement, body sensation and awareness.

And that, said Sirigu, means that “brain plasticity and brain repair is still possible, even when hope seems to have vanished.”

Sirigu and her colleagues reported their findings in the Sept. 25 issue of Current Biology.

The study team noted that while patients can sometimes spontaneously recover from a vegetative state, many do not.

Those who remain in a persistent vegetative state do remain “wakeful.” And that distinguishes them from coma patients, whose eyes-closed unresponsiveness suggests no signs of wakefulness.

However, both coma and vegetative state patients exist in a state of continuous unawareness with respect to both themselves and their surrounding environment.

By contrast, patients in a minimally conscious state exhibit partial or intermittent awareness of themselves and their surrounding environment, and display an ability to respond to simple instructions.

Noting that vagus nerve stimulation has long been used as a treatment for both epilepsy and depression, the French team decided to see whether it might also be deployed to help bring a patient out of a vegetative state into a minimally conscious state.

So the investigators focused on “a patient with the worst outcome,” meaning someone who had long been in a vegetative state with no signs of improvement, to eliminate the possibility of chance.

In the end, Sirigu said that her team was not, in fact, surprised by the encouraging results, based on evidence of the impact of VNS in prior animal research.

“It was particularly comforting to find that the changes we observed after VNS match perfectly with what is reported in human patients when their clinical state spontaneously shifts from vegetative to minimally conscious,” Sirigu said. “This suggests that VNS activated a natural physiological mechanism.”

Dr. James Bernat, an active emeritus professor of neurology and medicine at the Geisel School of Medicine at Dartmouth University in Hanover, N.H., described the current case report as “interesting.”

The finding “suggests that some patients with disorders of consciousness might benefit from vagus nerve stimulation,” he said.

“[But] more research is needed to determine which patients in vegetative or minimally conscious state might plausibly respond to this treatment, such as this patient did,” Bernat added.

“Both vegetative state and minimally conscious state are clinical syndromes encompassing patients with very different extents, types and locations of brain injuries,” Bernat explained. So, “it is difficult to generalize from a single case.”

Bernat is also a fellow of the American Academy of Neurology in Lebanon, N.H.