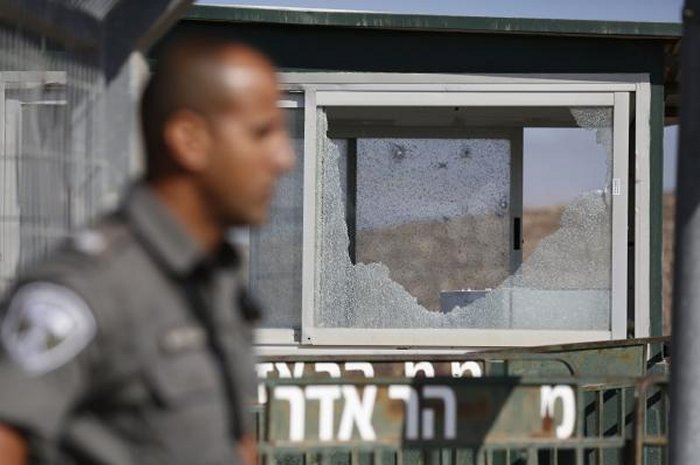 Israeli officials reacted angrily to the shooting deaths Tuesday of three security officers by a Palestinian man in the West Bank settlement of Har Adar.

The Israel Defense Forces surrounded the nearby Palestinian village of Bayt Surik after one of its residents allegedly shot and killed a border officer and two private security guards. A fourth man, Har Adar’s security coordinator, was seriously injured in the attack.

Both communities are on the “seam line” between Israel and the West Bank.

The alleged attacker, Nimr Mahmoud Ahmed Jamal, 37, has a work permit that allows him to move freely as a laborer between communities. Officials said he does not, however, have a history of terrorist activities.

Shin Bet, the Israeli government security service, said Tuesday that Jamal had personal and family issues and noted that his wife had moved to Jordan several weeks earlier.

“It could just be someone who is fed up with everything and decides to take out his rage in an attack,” Police Chief Roni Alsheich said of the suspect.

The Israeli government was quick to blame the influence of the Palestinian Authority for the attack.

Israeli Prime Minister Benjamin Netanyahu called on Palestinian President Mahmoud Abbas to condemn the attack, calling it the result of “systematic incitement by the Palestinian Authority and other elements.” He added that the attacker’s home will be bulldozed and his extended family will be denied work permits.

Other Israeli leaders similarly condemned the attack and the Palestinian Authority’s influence.

“Mahmoud Abbas incites against Israel in the United Nations and a Palestinian terrorist kills three Israelis and wounds one,” intelligence chief Israel Katz said. “The fact that the terrorist exploited the entry of Palestinian workers into Israel in order to carry out an attack will have serious implications for the ability to employ Palestinians and ease their conditions of passage.”

There was no immediate comment Tuesday from Abbas, but the incident was praised by Hamas — the terrorist organization serving as the de facto government of Gaza.

“Once again, Jerusalem proves that it is at the heart of the conflict with the occupation and that there is no way to get it out of the equation,” a Hamas statement said.

Saudi Arabia driving ban on women to be lifted