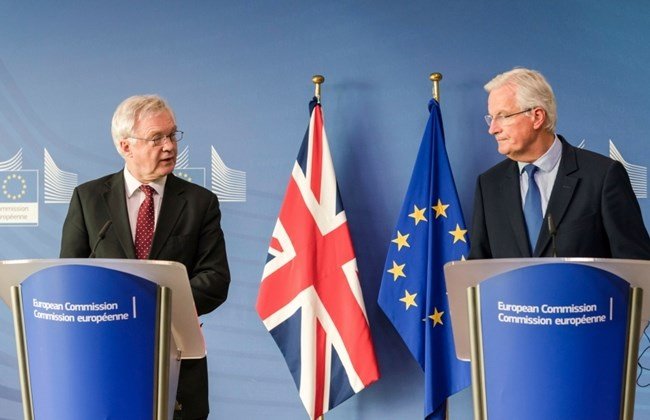 LONDON – British Prime Minister Theresa May is preparing to meet with the president of the European Council as she tries to break the deadlock in negotiations on leaving the European Union.

May holds talks Tuesday with Donald Tusk amid the fourth round of Brexit negotiations in Brussels. The meeting comes just days after May proposed a two-year transition period to smooth Britain’s departure from the bloc.

EU negotiator Michel Barnier says he is “eager” to understand how May’s speech will be turned into a negotiating strategy. The EU wants guarantees on financial commitments, citizens’ rights and the Irish border before discussing future trade relationships.

Brexit Secretary David Davis says the UK is “committed” to reaching a solution and “there are no excuses for standing in the way of progress.”