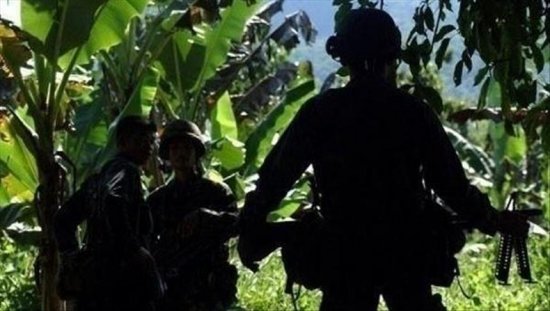 33rd Infantry Battalion commander Lt. Col. Harold Cabunoc said that the rebels surrendered in the village of Malegdeg, town of Senator Ninoy Aquino and turned over six explosives, medical equipment and other materials, according to a report by Inquirer News, Cabunoc also said that one of the rebels, who he identified only as Buloy, was believed to be an expert in bomb-making.

The NPA — the armed wing of the Communist Party of the Philippines (CPP)– has been waging an insurgency since 1969 that has left tens of thousands of people dead.

When Duterte won the presidency in 2016, he launched new peace initiatives with the communists, but the peace negotiations have faced challenges due to truce violations — the rebels’ string of attacks including the ambush of a convoy of the Presidential Security Group in July.

The government and the National Democratic Front (NDF), the political umbrella of the CPP peace panels, have yet to resume talks in a bid to end decades-long conflict.

Despite the postponement of negotiations between the NDF and the Philippine government, at least 30 members of the NPA’s Guerrilla Front 73 have surrendered to government forces since May this year due to the effective collaboration between the military and the civil authorities in addressing social issues that lead the indigenous tribes to joining the NPA, said Cabunoc.

President Rodrigo Duterte on Friday said he will ask Congress to pass a general amnesty for the NPA rebels with no criminal cases who will surrender to the government.

There had been over 40 rounds of peace negotiations under the past five presidents of the country, which have failed for various reasons.