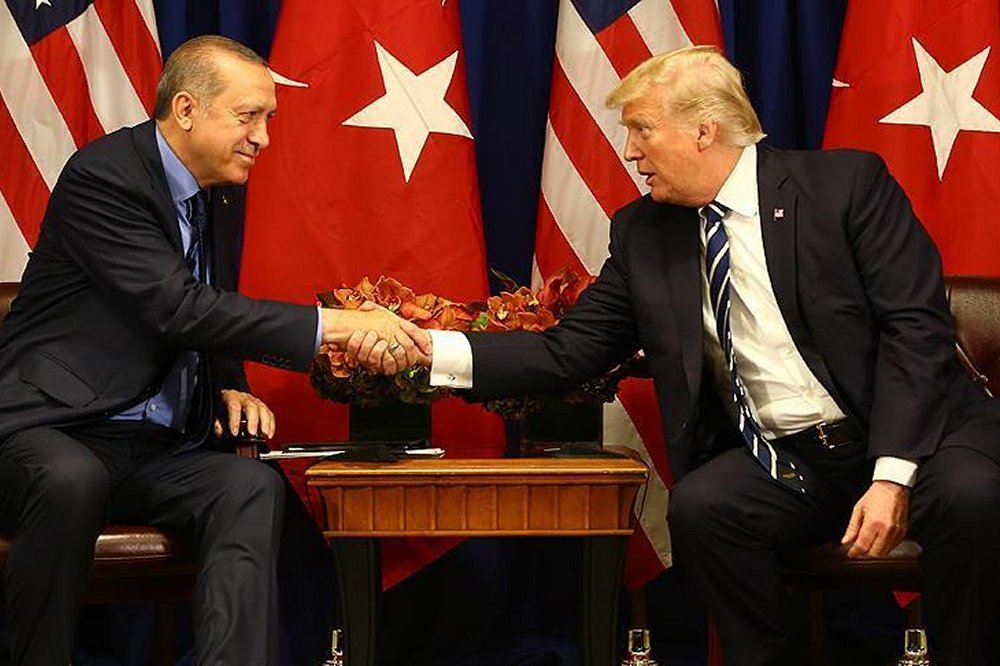 “We are going to conduct a bilateral meeting with my dear friend Donald, as well as a discussion between the delegations,” Erdogan said ahead of the meeting on the sidelines of the annual UN General Assembly. “I would like to thank you once again for this opportunity,” he added.

Trump had high praise for his Turkish counterpart and said it was a “great honor and privilege — because he’s become a friend of mine,” as the two men made brief remarks to reporters. “He’s running a very difficult part of the world. He’s involved very, very strongly and, frankly, he’s getting very high marks. And he’s also been working with the United States.”

The leaders “agreed to enhance cooperation to resolve regional issues and continue the fight against all terror groups with determination”, the Turkish presidency said in a statement after the meeting.

They also expressed their objection to the planned Sept. 25 independence referendum by the Kurdish Regional Government, stressing that such a move would have “serious consequences”, the statement added.