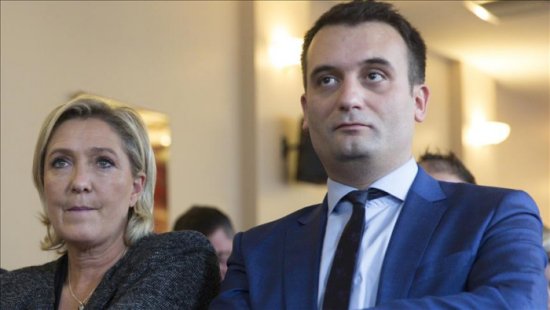 PARIS – A senior aide to French National Front chief Marine Le Pen said on Thursday he will quit the party after a row with the far-right leader.

Florian Philippot’s decision, announced on French broadcaster France 2, comes a day after he was stripped of his party responsibilities for strategy and communications by Le Pen for refusing to leave the presidency of his association Les Patriotes [The Patriots]. He said the party is going backwards in a “terrifying” way.

The departing National Front vice-president also said he did not like being sidelined. “I‘m not into being ridiculed. Yes, of course, I am quitting the National Front,” he told local media.

This is another blow to the anti-immigration and eurosceptic party which has suffered splits since its leader lost May’s presidential race to Emmanuel Macron.

Other members close to Philippot have also announced their departure from the party.

Sophie Montel, a MEP and party member for more than 20 years, revealed her decision on Twitter.

“I am sending today my letter of resignation to Marine Le Pen,” Montel tweeted.

The party has been characterized by personal conflicts. Marine Le Pen famously fell out with her father and party founder, Jean-Marie. She later clashed with her niece.