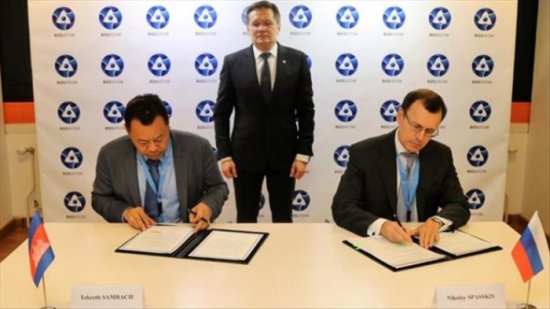 Russia’s Rosatom and Cambodia signed an intergovernmental cooperation agreement on nuclear energy for peaceful purposes in Vienna on Tuesday, on the sidelines of the 61st International Atomic Energy Agency (IAEA) General Conference, the Russian company announced.

The agreement aims at bilateral cooperation between Russia and Cambodia in nuclear education and training, fundamental and applied research, and the use of irradiation technologies in manufacturing, medicine, agriculture and environmental protection, the company said.

The parties agreed to establish a coordinating committee to follow up the implementation of the agreement, the company said.

This is Cambodia’s first venture into nuclear energy in the country that is heavily dependent on energy imports with rising domestic demand.