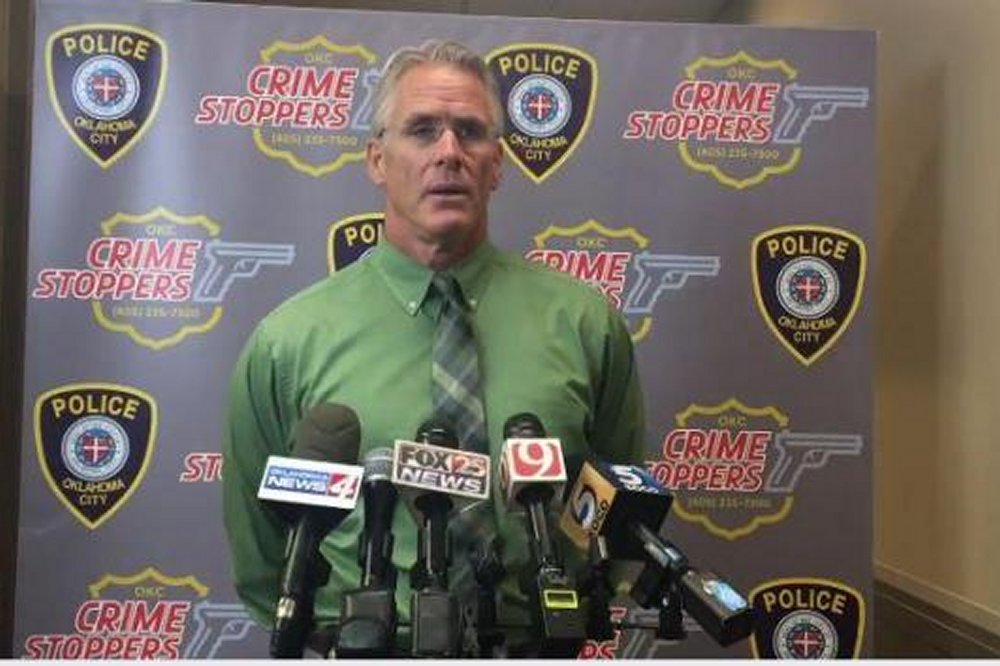 Magdiel Sanchez, 35, died from the police gunshot wounds after police said he was warned to stop advancing toward police officers, who were at the victim’s residence to investigate a hit and run car accident. Oklahoma City Police Capt. Bo Mathews said neighbors were shouting to police that Sanchez was deaf, but that the officers did not hear the warnings before firing.

One officer fired a Taser at Sanchez at the same time the other officer on scene, Sgt. Christopher Barnes, fired his gun, according to police. Sanchez was declared dead moments later.

During a press conference, Mathews said Sanchez was approximately 15 feet from the officers when they fired. Neither of the officers were wearing body cameras.

He described the pole Sanchez held as about two feet long with a leather loop at one end, possibly designed to go around a wrist.

Police said they arrived to Sanchez’s house to investigate a hit and run involving Sanchez’s father, who initially called police and told them his son had hit his vehicle.

“The guy does movements,” Rayos said. “He don’t speak, he don’t hear, mainly it’s hand movements. That’s how he communicates. I believe he was frustrated trying to tell them what was going.”

Barnes has been placed on paid administrative leave pending an investigation of the shooting.