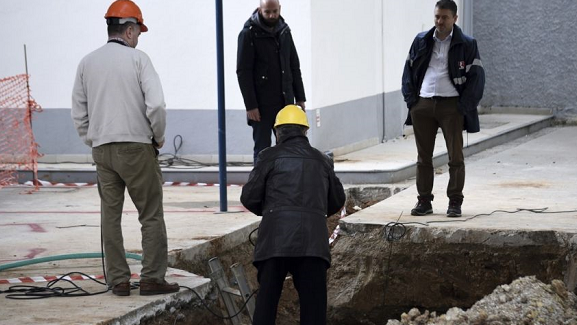 Thousands of gold miners are to protest in Athens on Thursday amid a long-running row between a Canadian mining firm and the Greek government.

More than 2,000 miners from the Eldorado gold mines in northern Greece will rally outside the Ministry of Environment and Energy on the same day an EU-Canada free-trade deal called CETA comes into force.

They are demanding the government issue pending licenses for operations at the Halkidiki mines, which the Greek authorities have been delaying citing environmental concerns.

Eldorado has set a deadline, which expires on Thursday, for the Greek government to issue the permits amid fears it could lose its multi-billion-dollar investment if not issued.

Ten days ago the Canadian company Eldorado issued a statement claiming they were facing regulatory hurdles.

It said “despite repeated attempts by Eldorado and its Greek subsidiary, Hellas Gold …delays continue in issuing routine permits and licenses for the construction and development of the Skouries and Olympias projects in Halkidiki, northern Greece.

“These permitting delays have negatively impacted Eldorado’s project schedules and costs, ultimately hindering the company’s ability to effectively advance development and operation of these assets”.

The company made that statement a day after Prime Minister Alexis Tsipras, speaking at the Thessaloniki International Fair, stated Greece was thirsty for foreign investment.

Some analysts believe Eldorado could sue the Greek government for lost revenues, with the company claiming it paid $2 billion for the Kassandra Mines and invested a further $1 billion in Greece.