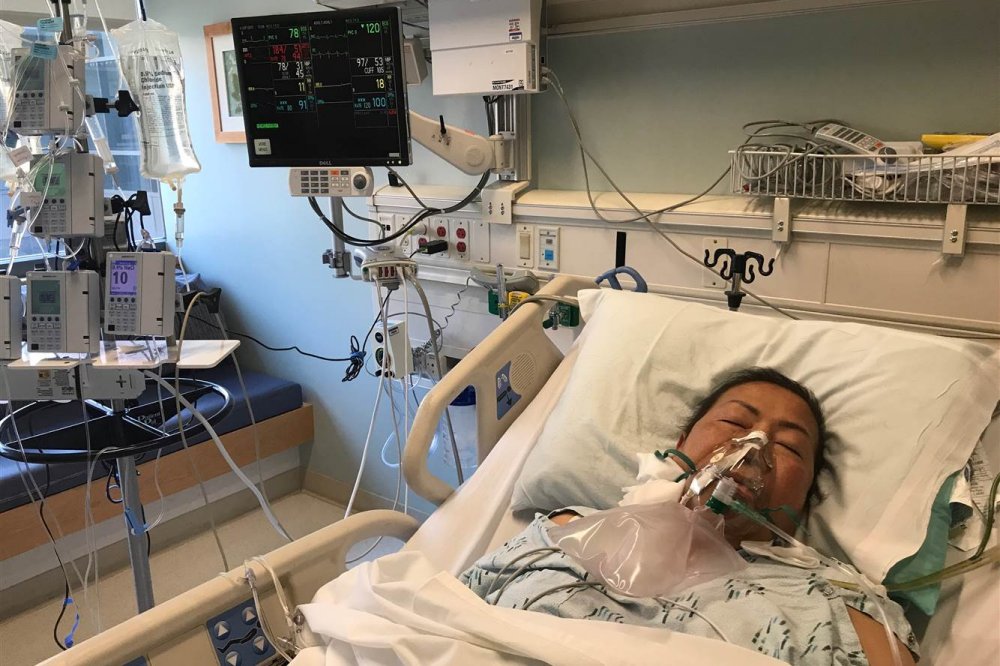 A Southern California woman battling leukemia has been unable to obtain a stem cell transplant from her sister in Vietnam after the U.S. thrice denied her application for a visa, according to the woman’s family.

Helen Huynh, 61, was diagnosed with an aggressive form of leukemia in February and was told by doctors that a stem cell transplant would give her another two to five years to live, according to Yvonne Aivan Murray, Huynh’s daughter.

Murray said doctors told her finding a donor who was a 70-percent match would be a miracle, but in June, Huynh’s family found a 100-percent match in Huynh’s youngest sister, Thuy Nguyen, who lives in Vietnam.

Since then, Nguyen has submitted three applications for a visa to the U.S., according to Murray, but has been denied each time. While Murray said Nguyen has property, businesses, and two children in Vietnam, she has been unable to prove that her ties would “compel her to depart the United States at the end of her temporary stay,” according to a letter dated Aug. 11 from the U.S. Consulate in Ho Chi Minh City to Rep. Alan Lowenthal, who represents the city Huynh lives in.

Nguyen also submitted a letter from the City of Hope medical center that requested an emergency temporary medical visa, and one from the University of California, Irvine Medical Center that Murray said stated Nguyen would not overstay her visa in the U.S. to the consulate.

“I feel like we’re so close,” Murray said. “We have a match but the thing that’s preventing us is the U.S. denying this visa.”

The U.S. Consulate in Ho Chi Minh City and the State Department declined to comment on the case.

The situation is especially frustrating for the family because they believe that if their mom’s match were living in Europe, Canada, or Australia, coming to the United States would not be a problem.

“For the U.S. government to not make an exception for medical reasons is ridiculous,” Murray said. “I’m not saying it’s a race thing, I’m saying it’s because of the policy we have with less developed countries. It’s a flaw in the visa process, and it needs to change.”

Huynh’s condition has taken an emotional and financial toll on the family, who has had to take time off of work. Huynh used to take care of the family’s youngest daughter, Tiffany, who has Down syndrome. Now, that responsibility has shifted to Murray and her sister. Murray has launched a GoFundMe campaign to help cover expenses while Huynh remains hospitalized.

The family has sought the help of Rep. Lowenthal, who told NBC News in an email that he has worked with the Huynhs and the consulate to obtain a visa for Nguyen.

“I am taking this matter up directly with the U.S. Ambassador to Vietnam to request his intervention to find out both why Helen’s sister has been repeatedly denied a visa for this medical emergency, and also to find out any further steps that could assist the Huynh family in this situation,” Lowenthal said.

Murray said she is also working with other members of Congress to get Nguyen to the United States. The family has also hired an immigration attorney to assist with an application for humanitarian parole, which allows the admission of individuals into the U.S. for “humanitarian reasons,” according to the U.S. Citizenship and Immigration Services website.

As the family continues fighting for a way to get Huynh’s sister into the country, they’re taking everything one day at a time.

“[Doctors] are just saying they haven’t ruled out stem cell transplant for her, but also told us to prepare ourselves for the worst,” Murray said. “Every day with her is a gift and that’s all that we can do.”

Trump warns of ‘rogue nation’ threat in speech to UN