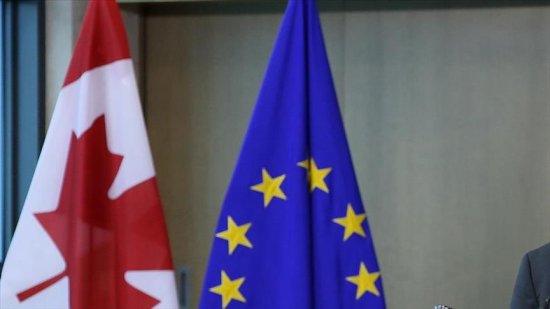 The Comprehensive Economic and Trade Agreement (CETA) will allow 98 percent of Canadian products to enter the EU with no added taxes, compared to only 25 percent previously.

The agreement is of particular importance as Canada, the United States and Mexico discuss the North American Free Trade Agreement, or NAFTA, that could limit access to the lucrative American market.

“It is very, very important for Canadian companies, especially nowadays when a lot of companies are really thinking about diversifying their export business given the uncertainty they’re seeing south of the border,” Todd Evans of Export Development Canada Economics told Canadian media.

A joint study of the agreement said the potential benefits for Canada are huge.

“A joint Canada-EU study, which supported the launch of negotiations (for CETA), concluded that a trade agreement could boost Canada’s income by CAN$12 billion annually,” the Canadian government said on its economic international website.

“Put another way, the economic benefit of a far-reaching agreement would be the equivalent to creating almost 80,000 new jobs, or increasing the average Canadian household’s annual income by $1,000.”

Before CETA kicked in, Canada averaged CAN$40 billion in goods and CAN$18 billion in services to the EU annually, according to the Export Development Canada (EDC) website.

But the trade deal will also allow the EU’s 28-member states freer access to the Canadian market, which before CETA amounted to CAN$61 billion in goods and CAN$24 billion in services, according to EDC.

“All told, this two-way trade adds up to CAN$1 trillion annually and will only grow with time,” EDC said.

Related Topics:CanadaCETANAFTANorth America
Up Next

Canadian sentenced to nine years for trying to join IS