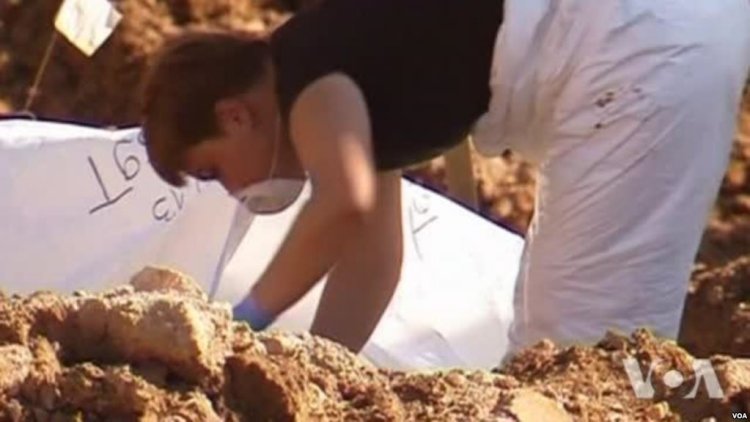 The remains of at least 65 victims have been retrieved from a mass grave recently found in central Bosnia, forensic experts said about the site of one of the most gruesome crimes of Bosnia’s 1992-95 war.

Lejla Cengic from Bosnia’s Missing Persons Institute said the remains, which included 65 skulls, were found in a grave at the Koricanske Stijene cliff near Mount Vlasic. The remains are believed to belong to some of over 220 non-Serb civilians executed in the area by Bosnian Serb forces on August 21, 1992.

The grave was discovered in August. Experts have been there since September 7 and the exhumation work is continuing.

Most of those killed were taken from notorious Serb-run detention camps near the northwestern town of Prijedor and told they were going for a prisoner exchange.

The victims are believed to have been forced out of a convoy of several hundred civilians whom Serbs were deporting from Prijedor. They were ordered to line up atop the 300m cliff and executed. Once the victims fell into the abyss, Serb policemen threw bombs at them to make sure nobody would survive.

Only a dozen men survived by falling or jumping down the ravine when the shooting started.

After the killings, the Bosnian Serbs removed the bodies from the bottom of the cliff and buried them under rocks in several locations in the wider area of Koricanske Stijene. The Missing Persons Institute and the victims’ relatives have been searching the area for the remains since the end of the war.

Exhumations at previously discovered mass graves, not far from the site located in August, have uncovered the remains of 117 victims.

So far, 11 former Bosnian Serb policemen from Prijedor have been sentenced for the slayings at Koricanske Stijene.

Since the end of the war, the remains of 25,500 people have been found by forensic experts in mass graves across Bosnia. Another 7000 people are still listed as missing and their remains are believed to be hidden at clandestine mass burial sites around the country.