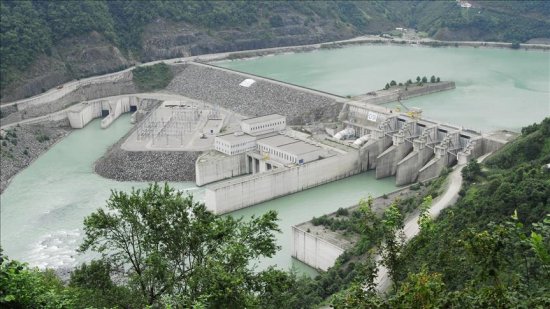 DAR ES SALAAM, Tanzania – A glimpse of a stalking lioness tearing into her fresh kill at Tanzania’s Selous Game Reserve has always been a breath-taking experience for tourists.

The park, a UNESCO heritage site, is home to some unique species, including the endangered black rhinoceros.

Crocodiles toss and turn as they bathe in warm water. Hyenas stalk and kill their prey as vultures wait patiently. Elephants lazily roam in the surrounding grassland.

The stunning beauty of Selous Game Reserve, which sprawls across 50,000 square kilometers [19,300 square miles] in southern Tanzania, is surpassingly breath-taking.

However, plans by Tanzania’s government to officially float a tender to build a hydropower dam in the park, has evoked criticism from conservationists who say it is likely to harm wildlife.

Although officials maintain the Stiegler’s Gorge hydropower project is critical for generating energy to run the east African nation’s economy, critics say it would cause irreversible damage to wildlife and its habitat.

Felician Kilahama, a renowned conservationist in Tanzania, says: “A huge part of the wildlife habitat is going to be inundated as a result of this dam, thus disrupting animal movements and certainly increasing the risk of poaching, as the area will be more accessible.”

According to him, the controversial dam — which will have the capacity to store 34,000 million cubic meters of water — could spur soil erosion downstream on Rufiji River and possibly dry out lakes essential for wildlife tourism.

As one of Africa’s fastest-growing economies, with a population of 53 million, Tanzania has repeatedly suffered from electricity deficits which have affected its industrial productivity.

However, the east African country is poised to boost its electricity generation with a mix of hydropower, coal and natural gas to 10,000MW from about 1,400MW by 2020, the government has said.

“This project is critical for our country’s development; it has the potential to double our electricity production,” Medard Kalemani, deputy energy minister, told Anadolu Agency.

The hydropower project will include the construction of the main dam and supporting structures.

Its height will be about 134 meters, expected reservoir length is estimated to be 100 kilometers (62 miles) covering an area of about 1,350 square kilometers (520 square miles), the government said in a statement early this month.

Although the hydropower dam at Stiegler’s Gorge has, for decades, been touted as a silver bullet to curb the country’s energy deficits there has not been a serious drive to build it until recently.

President John Magufuli stated publically in June that he wanted Stiegler’s Gorge to be built to provide power to help Tanzania develop.

According to the World Wildlife Fund (WWF), 1,200 square kilometers (460 square miles) of land will be inundated to provide space for the reservoir, making it the largest in east Africa.

A 2017 WWF report claims the proposed dam would have a significant impact on the ecology of the park while affecting the livelihoods of 200,000 farmers and fishermen as far away as the Rufiji delta and the islands beyond.

“There are wider impacts beyond the physical inundation of 1,200km2 of land and the construction of the dam that must be considered,” the WWF said.

However, energy experts say the project will help bridge the yawning energy deficit by more than doubling production in the national grid.

“Hydropower is a cheaper and clean alternative to fossil fuel. Despite its huge initial costs it is much easier to operate this project in the long run than, let’s say, run a coal-fired plant,” said Frederick Salukele, professor of environmental engineering at Ardhi University in Dar es Salaam.