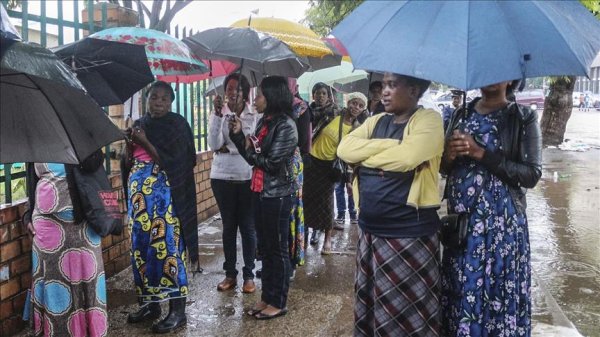 LUSAKA, Zambia – A member of the Zambian parliament Tuesday vowed to fight the planned eviction of over 5,000 families from old regiment settlement in the provincial capital of mineral-rich Copperbelt province.

Jonas Chanda, a lawmaker from ruling Patriotic Front, told journalists that the Ndola City Council sold the entire settlement to an international oil marketing company, which has issued an eviction notice to protesting residents to vacate the premises before the set deadline.

“The sad part is if the families would not vacate the premises by September 30, they will forcefully be evicted from the land… which they have called home since Zambia gained its independence in 1964.”

He vowed never to allow the Ndola City Council to evict families from their homes on account that the settlement area has been sold to an investor.

The lawmaker accused the Ndola authorities of conspiring with an international developer to impoverish the people, whom he said will be living a miserable life after being evicted.

Ndola City Council’s Public Relations Manager Tilyenji Mwanza admitted the land was sold to an oil marketing company in 2005 and said the move was aimed at upgrading the settlement into modern townships.

However, some affected families expressed concerns that the move will have a devastating effect on them because it is a compound for retired miners.

Bwalya Mulenga, a retired miner, told Anadolu Agency that he has no money to start a new life.

“After I retired in 1996, I invested my entire retirement package in the house I am living in with my family,” Mulenga, 76, stated.