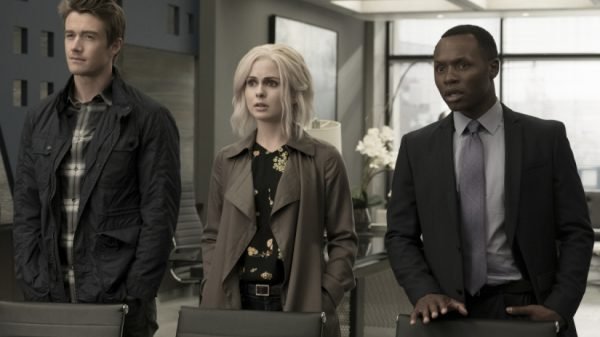 It looks like we won’t get iZombie Season 4 until next year, but we already have some information about it from the cast. They were interviewed by DC All-Access at San Diego Comic-Con and dropped a few bits of information about the series return after the Season 3 finale.

Rose McIver tells us that the series will pick up three months after the big outbreak of zombies, and Seattle is now walled off from the rest of the world. The zombies and humans that are left in New Seattle are trying to live together. The population of humans is not nearly as high as Seattle used to have. Once the knowledge that zombies existed got out, there was a mass exodus — but not everyone could leave. Those that got stuck are the ones trying to survive.

Executive producer Diane Ruggiero-Wright explains that it’s even more complicated than that, as there are those in New Seattle trying to get out, but there are people outside the city who are sick and are trying to get in because they believe the cure is in the city.

We also catch up with the other members of the cast from Aly Michalka, Robert Buckley, and Malcolm Goodwin — who tell us all cops are now paired with zombie partners. That puts Clive Babineaux back at having to prove himself again.

Related Topics:EntertainmentiZombie Season 4
Up Next