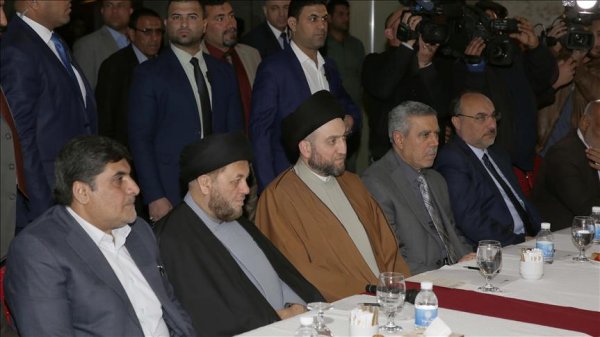 BAGHDAD – The National Alliance, an Iraqi Shia parliamentary bloc, has declared its opposition to next week’s scheduled referendum on Kurdish regional independence, vowing not to recognize the poll results.

In a Tuesday statement, the alliance, which is led by prominent Shia cleric Ammar al-Hakim, said the referendum — if held — would constitute a violation of Iraq’s 2005 constitution.

Slated for Sept. 25, the non-binding referendum will see Iraqis in areas controlled by the Erbil-based Kurdish Regional Government (KRG) — and in a handful of territories disputed between Erbil and Baghdad — vote on whether or not to declare independence from Iraq.

In its statement, the National Alliance urged the Iraqi government “to take all necessary measures to preserve Iraq’s national unity and territorial integrity”.

The appeal comes one day after Iraq’s Supreme Court ruled to suspend all activities related to the referendum until it could determine the poll’s constitutionality.

Turkey, the U.S., Iran and the UN have all joined Baghdad in speaking out against the referendum, saying the poll would distract from the ongoing fight against Daesh and further destabilize the region.

Iraq’s central government has threatened to intervene militarily if the vote leads to violence.

KRG President Masoud Barzani, meanwhile, has said that a “yes” vote would not initiate an immediate declaration of independence but would simply lead to further negotiations with Baghdad. ​

*Ali Murat Alhas contributed to this report from Ankara.