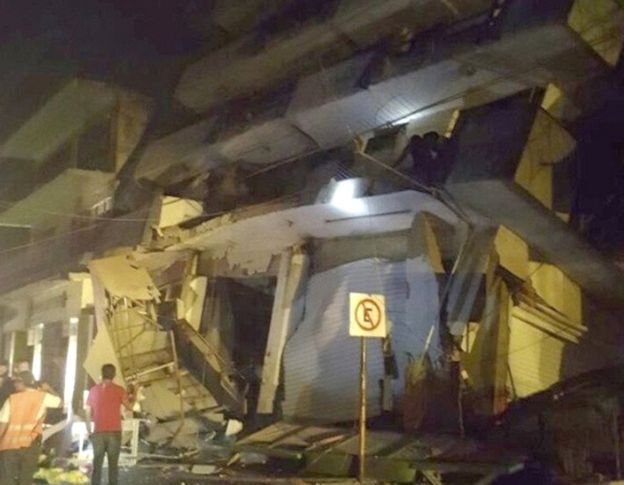 An earthquake described by Mexico’s president as the country’s strongest in a century has struck off the southern coast, killing at least 33 people.

The quake, which President Enrique Peña Nieto said measured 8.2, struck in the Pacific, about 87km (54 miles) south-west of Pijijiapan.

Severe damage has been reported in Oaxaca and Chiapas states.

A tsunami warning was initially issued for Mexico and other nearby countries, but later lifted.

The quake, which struck at 23:50 local time on Thursday (04:50 GMT Friday), was felt hundreds of miles away in Mexico City, with buildings swaying and people running into the street. The tremors there were reported to have lasted up to a minute.

President Peña Nieto said some 50 million Mexicans would have felt the tremor and that the death toll might rise.

Twenty-three people are reported dead in Mexico’s Oaxaca state, 17 of them in the town of Juchitán, state Governor Alejandro Murat said.

Another seven people were reported killed in Chiapas and two children died in Tabasco state, one a baby who died when power was cut to a respirator.

At least one person was killed in Guatemala, its president has said.

Social media images showed collapsed buildings in Oaxaca, including in the city of the same name, and in Juchitán, where the municipal palace and a number of other structures were levelled.

Local reports speak of a hospital in Juchitán also collapsing.

The Pacific Tsunami Warning Center (PTWC) had originally said that tsunami waves of more than 3m (9ft) were possible along the coasts of Mexico, with threats also facing El Salvador, Guatemala, Honduras and Costa Rica. It said later that waves only 0.7m high reached the Mexican coast.

At magnitude 8.2, the quake outstrips the deadly 1985 tremor that hit close to Mexico City and caused thousands of deaths.

The US Geological Survey measured the latest quake slightly lower, at 8.1, saying it struck at a depth of 70km.

More than a dozen aftershocks ranging from 4.3 to 5.7 in magnitude have been recorded closer to the Mexican coast.

He also said the Salina Cruz refinery on the southern coast had temporarily suspended operations.

Schools have been closed in 11 Mexican states.

US reveals details of recent ‘sonic attack’ on Cuba diplomats