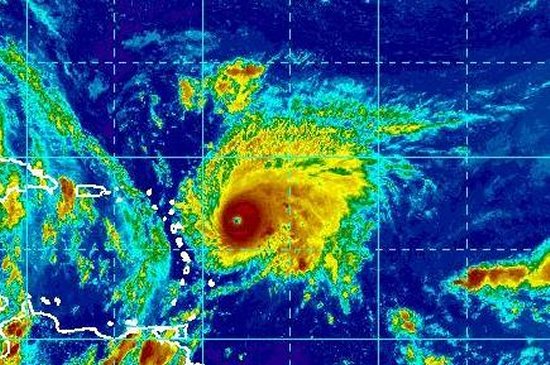 Government officials issued hurricane warnings Friday as Jose took aim at parts of the Leeward Islands days after Hurricane Irma devastated some of the region.

In its 5 p.m. advisory, the NHC said the eye of the storm was located about 335 miles east-southeast of the Northern Leeward Islands, the easternmost in the chain of Caribbean Sea islands, with maximum sustained winds of 150 mph. It’s moving west-northwest at a speed of 17 mph.

Forecasters called Jose a “powerful” hurricane. It is the 10th named storm of the Atlantic hurricane season and third major hurricane classified as Category 3 or higher.

“A turn toward the northwest with a decrease in forward speed is forecast tonight through the weekend. On the forecast track, the core of Jose will pass close or just east of the northern Leeward Islands.” the advisory said.

Jose’s track takes it north in the Atlantic, where it is expected to miss the United States — at least on its first pass.