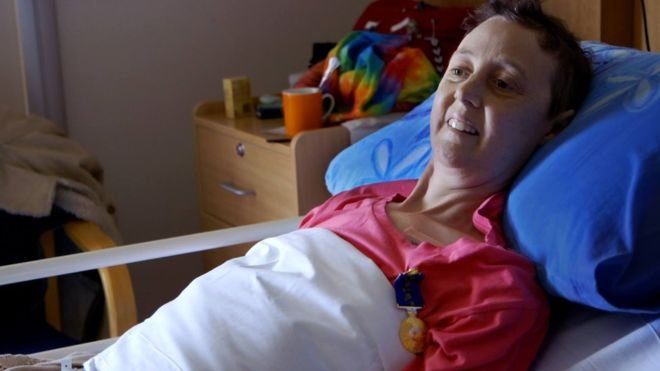 An Australian campaigner has died hours after she was awarded one of the country’s highest honours for her work raising funds for cancer research.

In a Facebook post, her brother, actor Sam Johnson, wrote: “We lost Connie today. Or, as she asked me to say, she died of cancer today.”

He added: “She went so richly, and with such grace. Trust me, she was genuinely cushioned by your love, till the end.”

The siblings raised more than $5m Australian dollars together.

Hours before her death, Ms Johnson was awarded the Medal of the Order of Australia at her hospice bedside in Canberra.

Sam Johnson said his sister’s “eyes danced like when we were kids” when she was presented with the award.

Sam Johnson established the online charity Love your Sister when his sister was first diagnosed with cancer seven years ago.

Through fundraising activities and merchandise sales, the pair raised millions for what they called “cancer vanquishment”.

A written investiture presented by Governor-General Cosgrove said: “Through her drive and determination, and in the face of significant obstacles, she’s achieved in a few short years what most people could only hope to achieve in a lifetime.

“Mrs Johnson’s efforts for our community will endure. She is most deserving of our nation’s gratitude and admiration.”

Sam Johnson said Governor-General Cosgrove “insisted that it was official protocol to conclude the ceremony with a kiss, thereby reducing us all to laughter and removing all the pomp. It was so special”.

Australia to vote on same-sex marriage, after court challenge fails