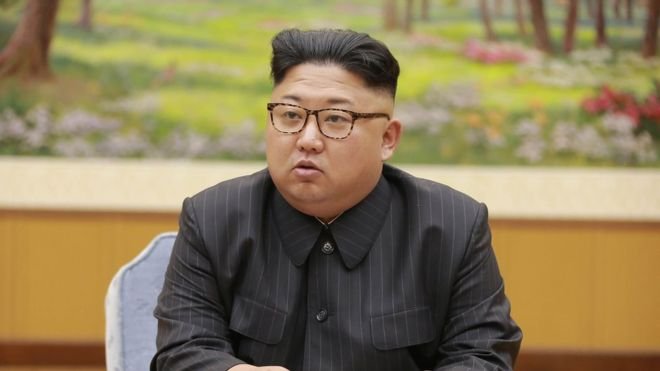 The US has proposed a range of new United Nations sanctions against North Korea, including an oil ban and a freeze on leader Kim Jong-un’s assets.

Pyongyang also claims to have developed a hydrogen bomb and continues to threaten to strike the US.

China and Russia are both expected to oppose further sanctions.

North Korea is already under highly restrictive sanctions imposed by the UN that are intended to force the leadership to curtail its weapons programmes.

In August, a new round of sanctions banned exports including coal, costing North Korea an estimated $1bn (£767m) – about a third of its entire export economy.

But some trade avenues remain open to it.

The draft US proposal calls for a total ban on supplying a range of oil products to North Korea and a ban on its textile export industry.

It also suggests freezing the assets of Mr Kim and the North Korean government, as well as banning him and other senior officials from travelling.

North Korean labourers would also be banned from working abroad.

Remittances from foreign earnings and textile exports are two of the most important remaining sources of income for North Korea.

But the US is expected to face opposition from China and Russia, which both supply oil to North Korea and wield vetoes at the Security Council.

Russian President Vladimir Putin has argued that the amount of oil his country exports to North Korea – some 40,000 tonnes – is negligible.

“It is not worth giving in to emotions and driving North Korea into a corner,” he said.

China is both North Korea’s and the US’ biggest trade partner, and has supported recent sanctions against it.

But both China and Russia have been pushing for an alternative solution.

They are proposing that the US and ally South Korea stop their military drills – which anger the North – and end the deployment of the controversial anti-missile Thaad system in South Korea, in return for Pyongyang ceasing its nuclear and missile programme.

The proposal has been rejected by the US and South Korea.

On Thursday, the South’s military announced it had completed the deployment of Thaad, reported Yonhap news agency.

US President Donald Trump had previously warned the US could cut off trade with countries that do business with North Korea.

The US has indicated that if the resolution is not passed when the Security Council meets next Monday it may impose its own sanctions unilaterally.

Treasury Secretary Steve Mnuchin told reporters on Wednesday night: “We believe that we need to economically cut off North Korea.

“I have an executive order prepared. It’s ready to go to the president. It will authorise me to… put sanctions on anybody that does trade with North Korea.”

The US president, who has previously threatened a military response to North Korea, told reporters this was was “not our first choice”, but did not rule it out.

Mr Trump added: “President Xi would like to do something. We’ll see whether or not he can do it. But we will not be putting up with what’s happening in North Korea.”

Chinese state news agency Xinhua reported that Mr Xi called for a “peaceful settlement of the issue” involving “dialogue combined with a set of comprehensive measures”.