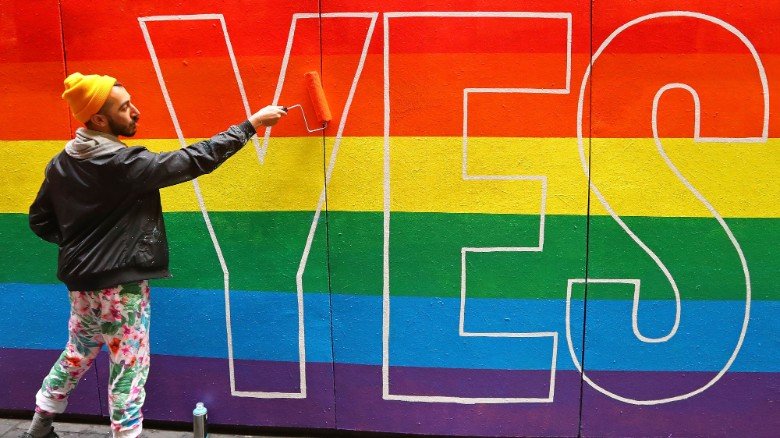 Australia’s High Court has ruled that a national postal vote on same-sex marriage will go ahead, after a challenge by marriage equality advocates failed.

Same-sex marriage advocates had taken the government to court over the postal vote which they argued was both unnecessary and an illegal use of public funds.

But in decision Thursday, the High Court ruled the national survey could go ahead.

Ballot papers will be now be mailed out to households across Australia from September 12, beginning the two-month process.

The question will be, “Should the law be changed to allow same-sex couples to marry?”

Prime Minister Malcolm Turnbull announced the national vote on August 8, after another attempt to pass his preferred plebiscite failed in Australia’s senate.

Unlike the plebiscite, the postal vote is voluntary and doesn’t require legislation to go ahead.

In response to the announcement the survey would go ahead, opposition Labor leader Bill Shorten tweeted, “Alright, let’s win this.”

Within minutes of losing the vote, Anna Brown, director of the Human Rights Law Center legal advocacy group, was handing out leaflets encouraging a “yes” vote at Melbourne’s Flagstaff station.

“All Australians deserve the same opportunity for love, commitment and happiness. All people in Australia should be able to marry the person they love,” Brown told journalists outside the court.

Following the announcement of the result, Prime Minister Turnbull told the Australian parliament he and his wife would be voting “yes.” “And I’ll be encouraging others to be voting ‘yes’,” he said.

“No” vote campaigners welcomed the decision, saying it would give Australians a chance to have their say on the issue.

“We need to double our efforts to ensure every Australian understands the consequences of changing the Marriage Act,” the Marriage Alliance wrote on their Facebook page after the decision.

According to the Australian Bureau of Statistics, who will be running the survey, voters will have until November 7 to submit their forms.

The final result will be revealed on November 15th.

The postal vote will be voluntary, unlike all other voting in Australia which is mandatory, but will not be binding on politicians.

However, Turnbull has promised to introduce legislation legalizing same-sex marriage if a majority of Australians vote “yes”.

Australians have long been in favor of marriage equality, but multiple governments have maintained they wanted to keep the traditional definition in law.

An August 22 poll by Newspoll showed 63% of Australians supported same-sex marriage, while just 30% were against.

In 2015, under pressure from moderates in his party to take action, then-prime minister Tony Abbott announced there would be a national vote, or plebiscite, to decide whether marriage equality should be legislated.

He was unable to get funding to hold the plebiscite after legislation was blocked twice in the Australian senate.

So in August, Prime Minister Turnbull announced a national postal vote would be held instead over two months, run by the Australian Bureau of Statistics using funding already authorized under the Appropriations Act.

Why same-sex marriage advocates are against vote

Marriage equality campaigners said in advance of the court hearing if the verdict allowed the postal vote they would fight as hard as possible for a “yes” vote.

But advocates have been consistently against the idea of a national vote on the issue since it was first announced in 2015.

They have a number of complaints about the national vote, first of which being it is unnecessary given the parliament is able in theory to legalize same-sex marriage at any time.

“We’ve always said the way this should be done (in Australia) is the way all issues pertaining to people’s rights are dealt with, by parliament,” Tiernan Brady, executive director at the Equality Campaign, told CNN.

But also, advocates are concerned about the damage a lengthy national campaign on marriage equality and the validity of LGBT relationships could do to gay and lesbian Australians.

“This is a debate in the public sphere about (LGBT people’s) worth in society, their value and that’s a hard debate to be a part of,” Brady said.