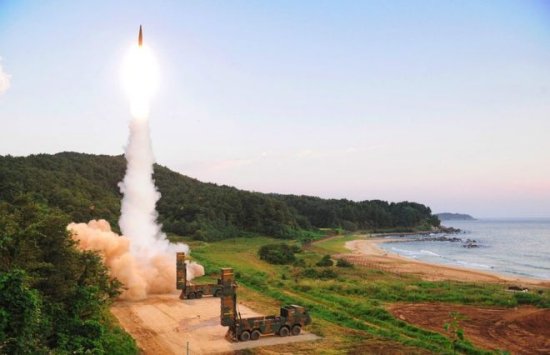 South Korea has conducted a missile drill simulating an attack on the North Korean nuclear site, in response to Pyongyang’s sixth test.

The live-fire exercise saw rockets launched from fighter jets and ballistic missiles from the ground.

It came as US defence chief James Mattis warned that any threat to the US or its allies by Pyongyang would be met with a “massive military response”.

The North says it tested a hydrogen bomb that can fit a long-range missile.

Pyongyang has repeatedly defied UN sanctions and international pressure by developing nuclear weapons and testing missiles, and the provocations have only intensified.

In the past two months it has conducted intercontinental ballistic missile tests, sending one over mainland Japan into the Pacific Ocean. It has also threatened to send missiles towards the US Pacific territory of Guam.

The UN Security Council is to hold an emergency meeting on Monday to discuss its response.

Ahead of that meeting, South Korea and Japan’s leaders agreed to push for a stronger UN resolution on North Korea, said a South Korean presidential palace spokesman.

Girl 12, kills herself after period shaming