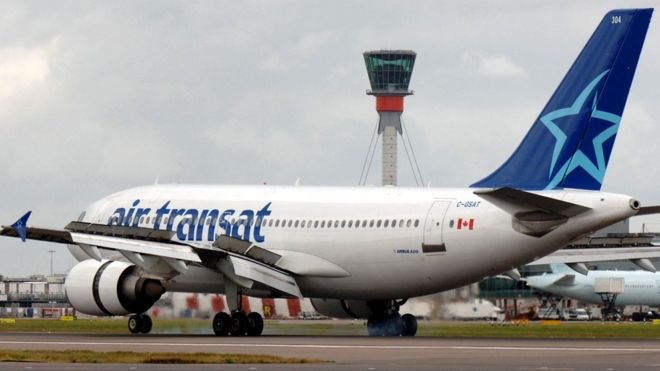 The Canadian Transportation Agency is holding an inquiry into two Air Transat flights held on the tarmac at Ottawa for hours in conditions passengers called “deplorable”.

The flights from Brussels and Rome were diverted on 31 July amid bad weather in Montreal and Toronto.

The flights were stranded for between five and six hours without adequate air conditioning, food or water.

The two international flights were among 20 diverted to Ottawa from Montreal and Toronto.

Air Transat said that numerous factors beyond its control, including long waits for fuel, had resulted in its inability to reduce the delay and allow passengers to disembark safely.

Airline CEO Jean-Francois Lemay said on Thursday that “something did not work well, obviously” on 31 July.

“I am not saying there is a fault or blame but there is a collective responsibility that has to be observed in these events.”

Flight 507 pilot Yves St-Laurent testified before the CTA panel that the tarmac delay seemed like “the lesser evil” compared to the logistics of deplaning and sending passengers through customs.

Pilots were consistently told the planes would be refuelled in short order.

“If we had known that the delay would be longer than three hours, the decisions would have been very different,” Mr St-Laurent said.