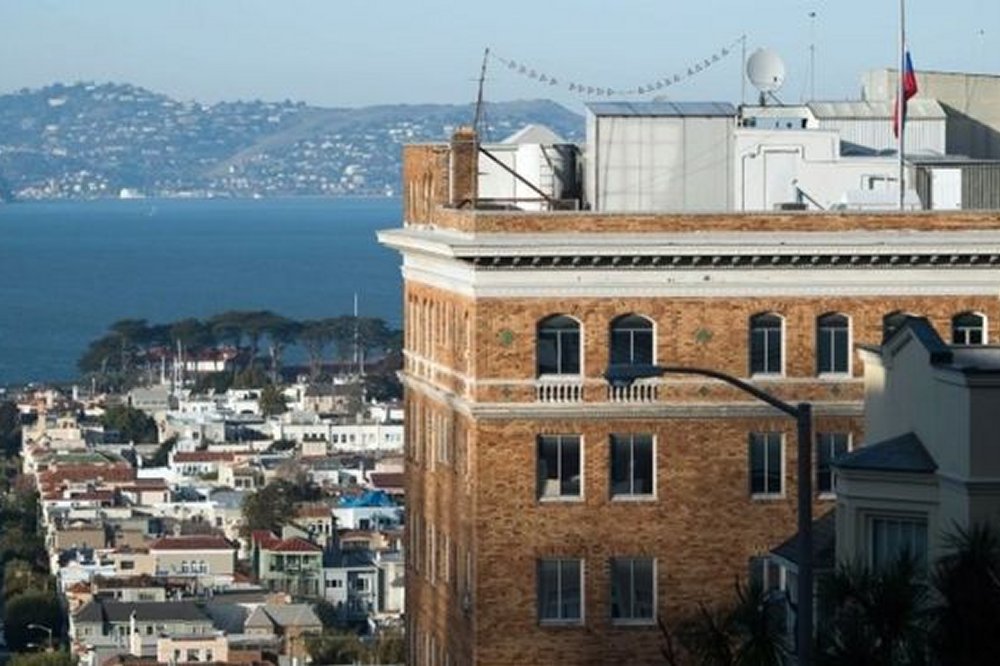 Russia has been ordered to close its San Francisco consulate and two trade missions in response to “unwarranted” Russian action, the US has said.

The consulate, and annexes in New York and Washington, must close by Saturday.

The US state department’s move follows Moscow’s reduction of US diplomatic staff in Russia last month.

That in turn followed US sanctions over Crimea and alleged Russian interference in the US election, which led to the expulsion of 35 Russian diplomats.

President Barack Obama had ordered those expulsions, along with the closure of two compounds, last December.

Although Russian President Vladimir Putin did not respond initially to that move, with Donald Trump set to assume office, he then announced on 31 July a reduction of 755 US diplomatic staff, in retaliation for the US sanctions.

The US diplomats expelled have until this Friday to leave Russia – a day before the US closures of the Russian consulate and two annexes, which are trade missions, must be completed.

A senior administration official said on Thursday that the consulate and the residence attached to it as well as the two trade missions would close but no Russian staff would be required to leave the country.

Russia will be allowed to maintain the properties, but not use them, the official added.

The state department said the US actions were “in the spirit of parity” and blamed Moscow for what it called a downward spiral in bilateral ties, but suggested it wanted an end to the current spat.

“While there will continue to be a disparity in the number of diplomatic and consular annexes, we have chosen to allow the Russian Government to maintain some of its annexes in an effort to arrest the downward spiral in our relationship,” the state department said in its statement on Thursday.

“The United States hopes that, having moved toward the Russian Federation’s desire for parity, we can avoid further retaliatory actions by both sides and move forward to achieve the stated goal of both our presidents: improved relations between our two countries and increased co-operation on areas of mutual concern.”

Russian Foreign Minister Sergei Lavrov spoke to US Secretary of State Rex Tillerson in a phone call on Thursday, expressing “regret at the escalation of tensions in bilateral relations”.

Mr Lavrov and Mr Tillerson are due to meet in September on the sidelines of the UN General Assembly in New York.