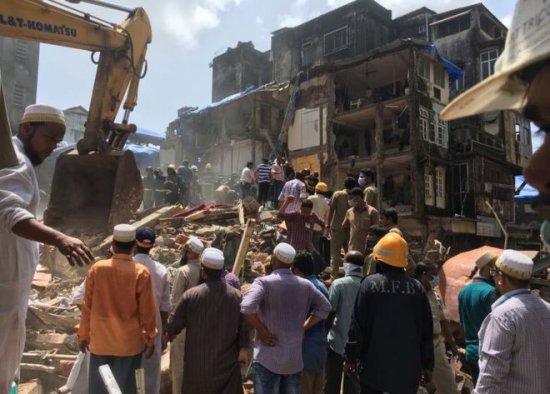 At least 11 people have died and 24 others have been rescued after a building collapse in Mumbai.

Rescue officials say five to 10 people are still trapped. A six-storey building toppled over in India’s financial capital on Thursday.

The building in the densely populated Bhendi Bazaar area was believed to be about 100 years old.

Ambulances, fire engines and members of the disaster relief force are still working at the site.

Mumbai is recovering from heavy rains and flooding.

Building accidents are not uncommon in India, particularly during the monsoon season. Poor construction standards and dilapidation are often to blame.

Every year, dozens of people are killed in building collapses across India.

There have been three in Mumbai in the past month. In July, 17 people were killed when a four-storey building collapsed in the suburb of Ghatkopar.

Girl 12, kills herself after period shaming