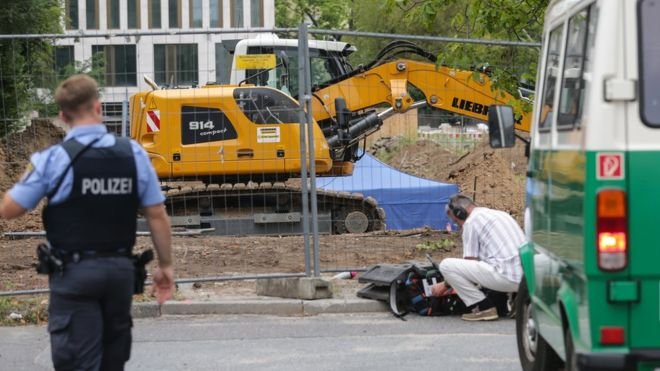 German police will evacuate about 70,000 people from their homes on Sunday after an unexploded World War Two bomb was discovered in Frankfurt.

It will be one of the biggest operations of its kind carried out in Germany since the war.

The 1.4 tonne British bomb, nicknamed ‘blockbuster’ during the war for its ability to wipe out whole streets, was found near Goethe University Frankfurt.

The university, the central bank and hospitals will also be evacuated.

Police said the bomb was a HC 4000, a type used in air raids by British forces.

It was found on Wismarer Strasse, which is close to the city centre and 2.5km (1.5 miles) north of the main shopping area in the city.

Officers are guarding the site and say there “is currently no danger”.

Bomb disposal experts who examined the bomb said the massive evacuation could wait until the weekend.

“We are still working on the modalities of the evacuation plan,” a spokeswoman for Frankfurt police said.

More than 20,000 people will be evacuated in the western city of Koblenz on Saturday after a World War Two bomb was discovered.

In May, about 50,000 people in Hannover were forced to leave their homes while experts defused three British bombs.

French girl mutilated by rats in night attack at home