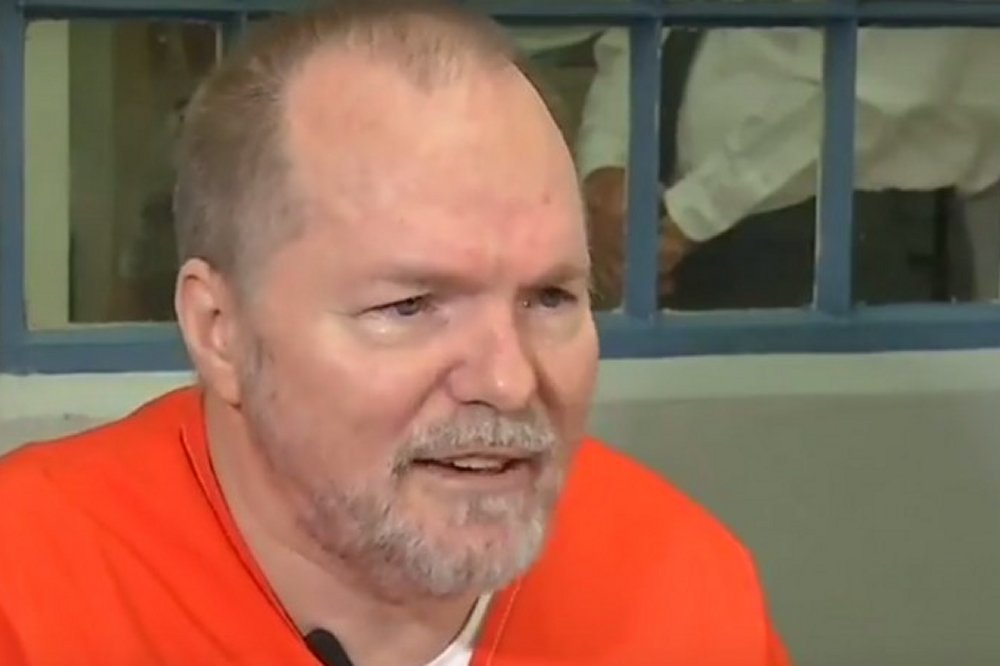 A white supremacist convicted of racially motivated murders three decades ago in Florida has been executed by lethal injection.

Mark Asay is the first white man in state history to be executed for killing a black victim, according to the Death Penalty Information Center.

The 53-year-old had been found guilty of two 1987 murders in Jacksonville. The execution took place at 22:22 GMT.

It was the first time a new drug cocktail was used.

A jury found that Asay shot his victims – Robert Lee Booker, a black man, and Robert McDowell, 26, a white-Hispanic man – on the same night after making racist comments.

Prosecutors said that Asay had hired McDowell, who was dressed as a woman, for sex, and shot him after discovering his gender.

Since the state reinstated death sentences in 1976, 20 black men have been executed for killing white victims, according to the Death Penalty Information Center.

He was executed with etomidate, an anaesthetic never before used for a US execution, which will replace midazolam, a drug abandoned over fears that it was causing unnecessary suffering.

Concerns were raised after a number of prisoners appeared to suffer agonising deaths, eventually leading Florida to abandon the drug in January.

The etomidate was combined with two other drugs – rocuronium bromide and potassium acetate – before it was administered to Asay.

However, one dissenting judge warned the allowance of an unproven cocktail “jeopardised Asay’s fundamental constitutional rights and treated him as the proverbial guinea pig”.

In an interview with a local television station, Asay had said he did not want to spend the rest of his life behind bars.

The inmate – who had white supremacist tattoos – admitted killing Mr McDowell, but denied the other murder.

“Because I pray, and I say, ‘I’ve had all of the prison I want.’ So I want out of prison, through the front door or the back,” he told News4Jax.

The US has seen several sloppily handled executions in recent years, with lawyers arguing the drugs failed to properly prevent pain during the process.

Not only was this the first execution in Florida in more than 18 months, but it was also the first since the US Supreme Court found the state’s method of sentencing to be unconstitutional.

The high court ruled that judges held too much sway over the decision to hand down the death penalty.

Since then, the state legislature has changed the rules so that a jury must reach a unanimous verdict in order for a death sentence to be recommended to the court.

But the new law does not affect older cases, such as Asay’s.

US storm to bring catastrophic flooding

White supremacist Cantwell hands himself in